My thoughts on Joni Mitchell and last night! 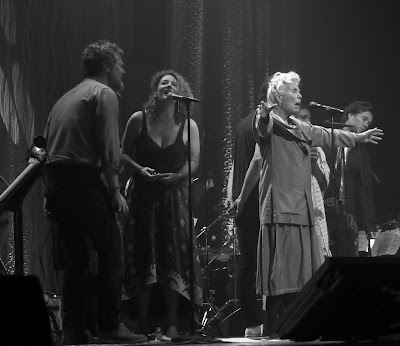 The summer 1968 will be forever etched in memory and the night I slipped into the Bitter End in Greenwich Village.

While hanging near the front door conversing with the doorman I heard a voice so angelic and unrestrained do the unimaginable. Then I was told she was Canadian. Seeing her dressed in gypsy prints, a six-string in her lap and twelve-string nearby, long straight golden hair and knowing that made her even more exotic- she wasn’t one of us.

'Farwell Angelina' played over and over in my mind along with the ever present quiver in Joan Baez's voice up until the introduction to Joni Mitchell. Mitchell's voice basked in long pure tones much more contemporary than her predecessors and free of  boxed folk traditions. Much like Dylan, songs spun along according to the free rhythm and roll of lyrics. Words required a reread and melodies resembled an improvised jazz solo.


While sitting at Massey Hall and devouring the three-hour plus celebration I couldn’t help but return to those crowded streets – the tourists, the hippies, the musicians the excitement - a place where Dylan was expected at the Gaslight and Mingus around the corner – the Mothers of Invention across the way.


I’m not nostalgic by nature but last night I allowed myself the luxury.


I got word Mitchell would be singing near end and waited with camera in bag. The rules for photography at Massey Hall come from another era – archaic and out of touch and prohibitive. In fact, treatment of professional photographers borders on insulting. I truly avoid most times when asked. Kristine and I know the drill – we also know if you let rare moments pass you decompress while sleeping it off reviewing every missed opportunity and agonize for weeks, maybe years. 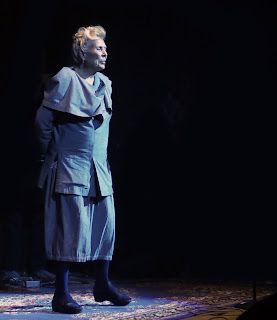 There is too much to say about last night which I’ll leave to the reviewers – that’s their job. I had no plan other than embrace the occasion and hopefully catch the last departing images.


When Mitchell recited ‘Rain’ it was a near out-of-body experience much like the song that followed – “Fury Sings the Blues.” It’s that rhythmic slam of a beat poet – the rap most rappers can never employ. The dialogue that spits and bites – dances, embraces, let’s go - all the while striking all sides the beat. As good as those who stood on stage and sang were and they sung their hearts out - Mitchell stood on moving clouds.


The body vibes in continuous rhythm as if tethered to a world clock and clings to a pulse deep in the soil – the heartbeat of the universe. That pulse beats from side to side, from underneath – taps into every soul on the planet and it’s very unpredictable.


It’s been forty-five years in between then and now and others music in between – and none has surpassed or gained ground on the sounds and words harbored in Mitchell’s frame. This is a night to cling too and share with others – even more so as many of us chase the Yellow Taxi into the golden then dimming years.


Ten big stars for Luminato!
Posted by Bill King at 5:51 AM