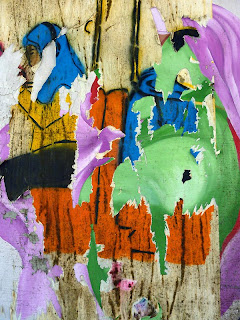 After the release of Gloryland; my first foray at a solo piano recording, the mind lay bare. I’d circle the piano looking for inspiration and nothing seemed eminent. I then started concentrating on my other passion; photography and began posting a series of rare vintage photographs of Hollywood. In doing so I came across a photo of Natalie Wood when suddenly imagination sprang to life. Wood was the mystery girl just out of reach – big screen desire during the 60s.  A few days pass then pen once again hits paper.  As I begin to improvise it dawns on me, much of what I do is based on creating a visual image through sound.
Screening great cinema is a matter of practice in this house. For years I’ve rummaged through specialty bins in various off centre video outlets scanning for movies of influence, creativity – those that leave a lasting impression and tell a small story in an expansive manner. Big budget films tantalize but rarely satisfy - this is why I acquired the habit of forging A-Z through the history of foreign and domestic films – the directors, actors, composers, and producers.
CinemaScope arrives as my response to the world around me, much of it shaped by film. The twelve compositions orchestrated for piano occur in various regions of the mind and soul channeled through persons, places and celluloid time.
There are films that linger beyond youth which continue to cling to the heart. In this cacophonous zone – ‘Splendor in the Grass,’ starring Warren Beatty and Natalie Wood inhabits that district. Rather than interpret from what is already scripted I chose to write my way through emotions felt and recalled and create an original body of work. Cinema is about preserving grand beauty as with everything Audrey Hepburn, – thus “Audrey in Silk.”
There were those marvelous Newsreels before the feature; languid western scenes battered by penetrating heat where the cool down of night brought life to parched earth ; Desert Orchid, Urbane motifs burning inside the storied jazz clubs and side streets of dimly lit metropolitan areas ; Strayhorn, a child labouring away at the piano as life played out in small towns; The Last Piano Lesson, lovers on a balcony; Just Us, children scarred and born through war the far side of the world; The Amerasian Suite, night shadowing mountains as the veil of darkness shelters denizens; Clear Mountain Moon, a sensuous Latino woman deep in sleep on her veranda with a single rose clinging to her hair; Carmen’s Veranda, the last leaves of autumn covering the cattle worn trails of Wyoming; Cheyenne Autumn, and the world in flux - a universe within a universe; That’s the Way of the World – spinning life and adventure at a dizzying pace.
Great movie scores never interfere with the narrative. Most every film composer has an orchestrator to translate, fashion and arrange the instruments to address the storyline. Film has given us the very best – Leonard Bernstein – West Side Story and On The Waterfront, Alex North, ‘A Streetcar Named Desire’, Jerry Goldsmith ‘Chinatown’, Elmer Bernstein’ The Magnificent Seven’, Bernard Herman ‘Taxi Driver’ , the Graduate, Superfly, O Brother, Where Art Thou, True Grit, Star Wars, Jaws…
CinemaScope is improvisation and scripted music, the joyful aural landscape I travel unrestricted.
From here life is an unfinished soundtrack with new sections added daily; evolving themes, counterpoint, transitions, moods, and strange industrial instruments that sound off without invitation.
A depth a gratitude to Gary Slaight and Derrick Ross for seeing this project through to completion. The generosity of Slaight Music and continued confidence and support is graciously embraced. Few in the music industry advocate and support such a diverse range of musical styles.
A loud sustained applause for engineer Mike Haas for being the cheerful intuitive architect behind the expansive console. Mike’s work is pure genius!
Bill King 2012