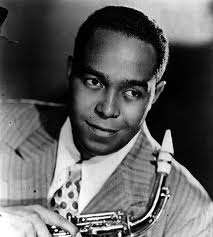 For nearly nineteen years I had steady contact with renowned jazz publicist Virginia Wicks through my magazine the Jazz Report. Most of those years I had little idea of her remarkable past until a trip to Lionel Hampton Jazz Festival organized by Wicks in the late 90s.


Virginia was always looking for print space for her beloved Lionel who she represented for decades. We`d always accommodate. Along the way came the documentary 'A Great Day in Harlem' and it`s producer Jean Bach who visited Toronto on a publicity tour co-ordinated by Virginia and we connected her with the late Alex Barris who was writing for us at the time.


This was old school beauty. You could tell by their convincing manners and  confidence these two women exuded they were stunning beauties who found an eduring career in jazz and  grand passion for the music and players.
Of the many conversations Virginia and I had none other than the one she told me about Charlie Parker came close.


We talked about the good old days of jazz – Ella, Dizzy and all then I asked her if he had any situations or incidents she regretted in life. She thought for a moment and told me this.
"I was a young woman - a very beautiful woman. I`m on my own and I drop by Birdland and find myself a private booth. I`m sitting there minding my own business listening to the band when this soft spoken gentleman approaches and asks to sit with me. I`m quiet sociable and don`t see him at all threatening and say yes. He sits there without asking much of me reaches for a napkin and begins writing. I`m still in my pretty head – I`m a model and all and watch. Time passes and he finishes and hands me the scripted napkin. I begin to read and realize it`s a poem about me. The words were lovely and him – all class. He smiles and walks to the bandstand and begins to blow the roof off – it`s Charlie Parker. I`m taken back by the encounter have a drink then leave. I`m a few blocks away and realize I left the napkin with poem behind and rush back to the club. Gone! The napkin is gone! Gone were those sweet words – words I never had time to memorize. Yes, I have one big regret in life – not stuffing that poem in my purse. People don`t realize what a gentleman and well educated spoken man he was.``


I loved her voice - loved the calls! She knew I adored Nellie Lucther and wanted to hook us up for a chat but like a dope I found something else to do. "
There are no more like her around!


Few could have foreseen the prescience of a Look magazine headline for a 1954 photo feature entitled “Career Girl Press Agent” detailing the busy life of star publicist Virginia Wicks.  At the height of her career in the forties and fifties, Wicks was an around-the-clock woman about town in New York and later Los Angeles, who prevailed in a field overwhelmingly dominated by men when she started in the late 1940s.  Like many of the vaunted entertainers of the latter half of the twentieth century whom she represented, Wicks worked up until her health curtailed her activities in the last few years.

Wicks, sister of violin virtuoso Camilla Wicks, died of natural causes on March 20, at Cedars-Sinai Medical Center in Los Angeles at the age of 92.  Her death was confirmed by her son Brian Engel.

Wicks’ career as a publicist began the day Nat Cole said he wanted to record her song, “You Gotta Talk Me Into It, Baby,” which was featured in a 1944 film.   She met the star and his manager, who suggested she might enjoy doing record promotion for Nat and his other clients.  Knowing nothing of the field, but thrilled with the prospect of representing Cole, Wicks opened a small one-room office in New York, and her career in public relations began.  Her first five clients were Nat, Peggy Lee, Stan Kenton, Mel Torme and Nellie Lutcher.

As the Look article made clear, Wicks, a Goldwyn Girl who made an unsuccessful stab at the big time in movies and fared better at modeling, she marshaled “nerves, good looks and a striking mane of blonde hair . . . to pyramid this capital into a thriving press agentry business whose portfolio includes gilt-edged clients,” including many top-flight jazz stars.

Virginia Elaine Wicks was born in Long Beach on Dec. 9, 1920 to Ingwald and Ruby Lenora Wicks, both accomplished classical musicians; her father played violin while her mother was an accomplished pianist.  Her only sibling Camilla, one of the first female violinists to enjoy an international concert and recording career, followed in 1928 and survives her.

She is survived by three children, Michael Wicks Dunaway of San Diego, Christina Virginia Bayles of Anaheim and Brien Engel of Atlanta; and eight grandchildren and two great-grandchildren.  Her marriages to Los Angeles judge Jack Gray Dunaway and film producer Fred Engel, whose credits included the 1963 Lilies of the Field starring Sidney Poitier, ended in divorce.

In later years, Virginia Wicks’ contributions to jazz were recognized, one in 2000 as part of a Women Legends of Jazz ceremony and concert at New York’s Merkin Hall which also cited vocalists Nancy Wilson and Annie Ross among others.  In 2010, she received an A Team award from the Jazz Journalists Association for non-musicians whose works had far-reaching consequences in promoting the music.

Wicks represented Nat Cole and songwriter Eden Ahbez, composer of Cole’s No. 1 hit “Nature Boy” from 1948.  Ahbez, a forerunner of hippies by twenty years who once lived under the first “L” of the Hollywood sign in Los Angeles, was on tour with Cole in New York promoting the song when he came up missing.  Thinking quickly, Wicks flagged down a taxi and asked to be driven through Central Park, where she found Ahbez meditating on a branch of a large tree.