My Camera – The Rehearsal – at Bunny’s Place! 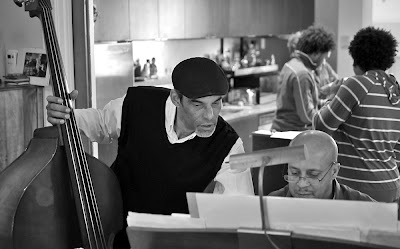 Long ago I lost the rush photographing musicians in concert. I do it for sport and doubloons but it is more a labor than love. My partner Kristine and I have done this well over twenty years and come to the conclusion – men with horns are as exciting as watching the dead repeatedly die.


This brings me to yesterday’s rehearsal at Bunny harbor - that would be Jane Bunnett’s castle.
If you ever pass Bunny’s place noontime you can hear scales trembling from behind the walls. Bunny is a practice hound and for good reason. Keeping one’s chops in shape is an ongoing necessity. I do the same hampered slightly by a left thumb I would guess sporting a mild case of arthritis a gift from miles of boogie woogie piano and hard pounding bass lines.


Early on I hated rehearsing. I can now see clearly why. The players were less than adequate mostly struggling with instrument. Back then I had the patience of a road rage driver. I was also very forthcoming about that and not an easy read.
I prize my time with the great arranger and conductor Peter Matz of Barbara Streisand and Carol Burnett fame. I spent a month under his baton in Vegas and Tahoe in 1976 and watched this man handle players like a living saint and get the most from them. After that I changed glasses – lightened up – and smiled a lot more. I also began hiring great players. 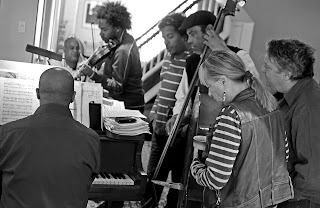 I can’t express how much respect I have for bassist/ arranger Roberto Riveron. I truly love this man! Not only is he one of the finest bass players on the planet he’s also one of the finest arrangers and bathed in humility. Watching Roberto and Hilario Duran navigate the complex time changes and intricate harmonies of Duran’s contribution to the Iroko Project recording was mesmerizing. My part in all of this is an organ solo in a blues rumba – very thoughtful but not on the scale of what’s happening here.
Cuban’s play in alien time signatures. Perhaps if I was born in Havana I could better grasp. It all makes sense and one can follow but not play. I leave this to the out worldly players who can count 15/3 – I’m content to record with camera in 4/4 time.


Rehearsals are a camera gift. This is where real stuff happens. Not long ago manager Scott Morin and pianist Robi Botos pulled me in for Robi’s rehearsal with Branford Marsalis at Koener Hall. Lighting was a nightmare but who’s measuring? I loved it – I love the freedom to scout, scan and move around. None of that two song rule! All the players were cool. I roamed the perimeter conscious this was a working environment and there are boundaries.
Yesterday felt like a meeting  of best of friends. Each musician's arrival was greeted with an extended handshake, embrace then  exchange of laughter or tidings of joy. That’s all one needs to inspire and settle in. Not to forget master percussionist Papiosco whose hands are cut from granite guiding proceedings. 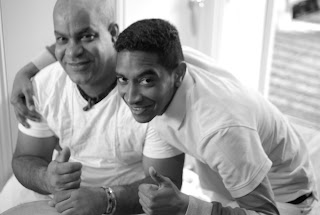 On one side congas, another strolling violin - not far away flute playing warming scales.
I set camera on collect and record mode. All around me supreme interaction. A song with impossible transitions, time out of time, frustration, exhilaration - all of this within camera range. I live for this shit!


This is the real human music deal.

Music is hard, really hard even for genius. To be in a room with this much talent and tension is gripping. The camera follows event sequence – problem solving, resolution and conquest! I love the energy, pure energy - the moral support – the long discussions between great arrangers, Riveron and Duran is what music is truly about. You have to be either in or near the moment. Pay attention or it’s fleeting.
I always come back to one story that haunts. Kris and I are on the subway and four girls I would say eighteen years of age are sitting together – I have a camera with me. They are Indian, black, Asian, white and interacting as best of friends. They hug, tease and play with each other. I’m watching this and want badly to capture and chicken out. Then suddenly the four do a big communal embrace of universal oneness - my city Toronto summed up there on the spot – and I missed that image – fuck! The pure joy and potency of that moment is something you can’t describe - profound respect for one other’s culture, history and roots. Wow! I camera missed! 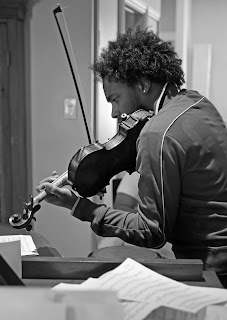 Back to that guy with a horn. I’m there and trying to do my best – Janelle Monet was giving a spectacular concert – the camera is clicking she’s dancing  – Eddie Floyd reaches out and it’s 634-5789 – jazz guy stood across the yard like he had a large bean stalk stuck up his ass. I have the jpeg! Toot on…
Posted by Bill King at 3:03 PM