Did the Mayor Really? 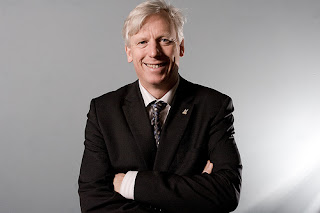 Eat a crate of spoiled oysters and when belly began to revolt reached around for a trouser napkin.

We as FaceBook pros know never let someone take a picture as memorable as this – well even with a small dog hanging like a bib could be a stretch.

There is so much one can read into the mayor’s lifetime achievement photo that will haunt until death. Did he clutch Sarah Thompson’s ass and whisper in her ear? Who knows, but I suspect he did.

Why? Because men have taken to kicking the women to the curb, off a bridge, around the corner and into their hate collection. What did she do – she was smiling when photo was taken. She’s been smiling during interviews. I’m thinking professionals smile its part of the technique to win support. Thompson just didn’t know when to switch to holy grief face.


I think some of the funniest conversations between my right wing FB friends are the universal admittance the mayor to them is stupid but that’s alright because he’s not the erudite bygone mayor David Miller.
I didn’t much care for Miller before he was mayor when he was councillor and we had to defend the Beaches jazz festival from Councillor Sandra Bussin who had a likeability rating – well let’s just say no one will ever miss her and or wish her happy anything. She was the mayors second in line and part of the hard left on council. Now, I’m a lefty and she was to me what Stalin must have been like on the first day of spring. As for Miller? He was overly dismissive in dealings.


When Miller and Tory were slapping each other around Kris and I happen to be walking past nostalgia central 44 Gothic Avenue where next door to our first long term residence in Canada was a woman sweeping the street in front of # 46 the old homestead of Maureen Ford and her two daughters Andrea and Nielle Brockie. For five years we were families with very young kids who ran between houses, got sick together and faded into the woods behind our houses having a grand old kid’s time. During conversation we discover the sweeper is actually David Miller’s wife. We have a friendly chat and tell her we were certain Miller would win and win he did.
I got to like Miller over the next few years as the face of Toronto. He was all class, super intelligent and a raging jazz fan that made frequent appearances on Jazz.FM. Miller’s popularity and abrasive style rubbed the right much like Obama into a hate-frenzy. They would have run a mass murderer against if needed to rid themselves of Miller’s aristocratic musings. To this day, mention his name and the right will bang their heads on lampposts to drive any thought of him from their concrete skulls.


Towards Millers final days Gothic Avenue threw a block party and all of us original 1970s hippies were invited to meet the young mega baby stroller brigade and Miller was there cleaning tables, passing food, chatting – playing with the kids. We told him about our adjacent houses and he took Kris, Maureen and I on a tour of his home to let us inspect the changes. Wouldn’t you know the place was warm and friendly and Miller, a grand host and more than anything Miller wanted us to see his jazz collection – that pile of Oscar Petersons. For me – I wanted to see the small window that linked our house with Maureen and where we would pass spices, utensils when asked and look on at each other’s kids when sick. I had a moment where I caught my breath and visualized the commotion that was a normal day – the heat of summer when windows were open and the voices of young screaming kids echoed down the side of the houses. The crying, the laughter – “Jesse where are you – Andrea – put that down.” These are the times we never forget.
Did the mayor cop a feel or did she lie – who the hell knows. What I do know eventually the city will blow Mr. Nonsense into yesterday and plead never comeback. I’m thinking where is the Miller photo wearing sweat barf and bulging pink face. Until then – more photos please!
Posted by Bill King at 5:31 AM