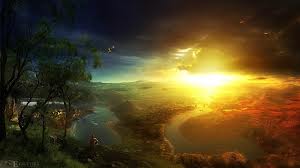 I don’t know about you but the whole wham boozle decreeing a new Holy See has been a bit much. This should have been titled Real Popes of Vatican City. Capes a flyin’ – some hair pullin’ and sassy talk.


I’m kind of at a crossroads in life and dig where author Christopher Hitchens was coming from yet still have those images of sacred church – the rusty nails, the bloody hand, the torture and brutality etched in memory.
I was baptized Catholic rescued by pops age six from Catholic elementary school. Man or man was I a misfit. I seem to offend at every turn and summon a vicious nun who had in possession a twelve inch wood ruler which she would smack my hands around – tops and bottoms – sadistic wench. I think dad was ahead of the curve on this – “Lookee here Nunny – one day my son will play jazz piano - intricate harmonies – possibly behind crooning divas – this is no way to offend the boys money appendages.”


Was I ever grateful for an early exit?
I went from the dark side to the hood – Wall Street Elementary School – at one time it was a school for what then was called colored kids. I only recently picked up on that bit of history. Wall Street was cool – kids were mostly black and light years from devil gulch.  In fact, I believed Jesus himself checked out the same time I did and found things much more comfortable across the tracks. Yes, there were tracks. Trains park directly across the street. Brother Wayne and I copped a bad Jones sneaking in and out of cattle and corn cars mostly housing young and old men who didn’t much take to recreational crashers. I can still smell the fumes of creosoted rails.


After making a mess at my first try at university I enrolled in Catholic College. Bad choice! That liquid freedom movement I so cherish was shackled by rigid church formality and regimentation.
I had a few progressive instructors but most wore blinders and had no more connection to that popular God we all come to know from prayer.


I had a female teacher for writing who scored my essay on Barbara Streisand and another on Burt Bacharach high marks. Beyond that, I had nothing to say. The priest most in the know of the outside world taught sociology. The books were cool – James Baldwin – Steinbeck but the poor guy had been locked up to long with a pint and tales of prostitutes and gay boys only blocks away, which he expounded on every session.
Had a pretty cool priest who saw potential in my music composing who moved me into advanced classes and scored me perfect. Every effort to get me fully immersed in composing programs was resisted by theology teachers who insisted I score high marks before planning a career in music. I only remember saying something about how ridiculous children being stuck in limbo was before being tossed.


When it gets to matters of church these days I don’t know too many people who go or spend much time considering. There is this thing about aging where you do process and reassess life choices and wonder why religion as we knew as children plays such a vague roll in our lives.
Many of us are sixties boomers who are most affected by endless war, civil rights, freedom of choice, rising feminism, love without guilt and restriction and an explosion in revealing technology who find most religion way out of touch with reality. I guess it gets down to us being daily witness to horrors of unspeakable magnitude that no divine anointed clergy or deity has any control over or solutions – just a smile and tap on head. Terrible things happen to all life and no one is capable of preventing. We can catch, lock up, and reduce the odds yet we rarely prevent. What roll religion plays in all of this is still a mystery.


The thing we can be assured of is the role of science and medicine in saving lives. Every week a new discovery a new potential cure and in many cases a lasting cure. All this comes free of superstition and religious interference for the most part – let me back up here – that part about religious interference – made that up - its non-stop – at every turn – from the laboratory to the politician’s war chest.
As long as I’ve been hiking earth I’ve had such a good feeling about the people I’ve met; the animals, the wind, the rain, the long winding rivers, majestic mountains, the broad extraordinary landscape I’ve walked to even consider hiding behind the robes of men I don’t know or particularly care to know. I once knew a young boy who lost his father very young ask me come to his church which was Catholic and play organ for his dad’s funeral. I would gladly do that. He ran it past the priest and got a tongue lashing. Now, I was willing to walk away from my detachment with church dogma and do what we are supposed to do as real people and answer a child’s wishes yet that wasn’t to be. The boy was pissed. I doubt not enough to walk away from the church.


I guess the point of this essay – I know many of us aren’t atheist and believe there is something we can’t touch, see or smell but can’t completely say with all certainly – there isn’t! There isn’t what? So, I’m staying with ‘Theist’ just in case I witness a miracle or two – something more profound than white smoke!
Posted by Bill King at 4:12 PM