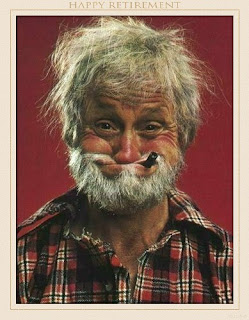 
A couple days back we pull up at interchange station that would be Bloor and Yonge. I’m peeping through that crusty Plexiglas door window and there stands the stink brothers – that would be Mr. Stank and pal Raw Sewage. I wasn’t prepared – it was either going to be an eye ripping tear fest or a nose dose so powerful the TTC would declare a state of emergency.
This wasn’t one of those truly sad homeless guys trying to get from point A to pint B – this was two energized  vagrant rowdies who looked as if they had purchased matching leather dirt outfits from some swanky anti-human clothier.

I imagine the moment when subway doors open and patrons collapse and roll around like dogs fighting over a dead perfuming fish.  Bam! It happens – doors pop open – Stink brothers move past suits and women dressed in business attire - aroma  like nothing ever experienced. It was if these guys slept in ageing barrels of drain pipe decay and only recently escaped.


The two sported big grins and shoved past folks at will before fading into … well who knows. Stink underworld.
Back to subway car.


Kris and I slip inside and she says – ‘Don’t go down there – this way.” So what do I do?  I go down there which happened to be their last nesting place. The shock to nasal pages and  body would wither Hercules.  Kris is out of range as I’m caught in a deadly fog. I then stumble with hand covering mouth ready to heave and she says – ‘not so bad down here.’ No such thing. This shit had to be created in an ass test tube and stolen by Taliban and sold to mayhem brothers who had been employed as delivery boys.
The following day I’m standing in subway doorway and a dude gets on wearing a beaver like pelt hat and with him came big stink. I’m thinking - is this a trend? This is not your normal dietary pass this is full body travel nasty.


I wondered if that dead head thing was just that or was trapper boy a member of the cult I’d narrowly avoided the day before.
Posted by Bill King at 6:17 PM