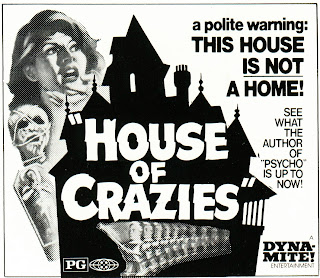 The past couple days have ignited such passion from such mediocre subjects – Rob Ford and Justin Beiber.


Honestly, it’s like one long continuous laugh track without a final punch line.
I try to stay topical on FB and Ted and I the same at Newstalk 1010 especially first half hour 11-11:30 AM. We may have a dry run in car ride over or just get to it like Ted did yesterday with ass grabbing intro. These are water cooler topics everyone loves to opine about. What really amazes is the range of responses. I must say the vicious attacks on Sarah Thompson, mostly by men still blows me away.


FB has a way of attracting crazies to a topic they can’t let go. I suspect a few who posted on my Ford – Miller essay had exhausted a hundred other sites before hunting me down and wearing out last night. I was still short responding near bedtime. It’s like one of those who get the last word in claims victory.
Now, the Beiber thing remains a mystery. The guy is a monster success and we’ve followed since he was sixteen. We as Canadians share in Beibs long gold run but just mention time for a break and grown men who think they have a stake in Beiber go off the deep end. This post should have stopped two days ago but there are a few aging dudes I suspect have a creepy fantasy chasing FB posters trying earnestly defend the boys daily meltdown. A good doctor would prescribe rest but this is an industry that devours the young then spits them down an oldies pit when they no longer sell. That day will come. My advice which is universal – take time off – refresh – keep close to your fans – go play more basketball – be a kid – stay out of trouble then come back.


Beibs doesn’t get England – boy bands, boy toys are a hoot to them. They’ve had their share but the press feeds on this especially with great material from the Rolling Stones, Rod Stewart, Elton John, the Beatles – I’m mean real talent to gage all comers. You want to hear the difference between bad and great - catch Beibs singing live on SNL without aid of auto tune then slip to YouTube and listen to Sir Rod sing – Maggie Mae!
Now, as far as Rob and Sarah – come Monday and throughout the week the battle between the sexless will continue. Ford worship will abound – the excuses will pile up and no matter how devious the man is he will slide by – that’s his life song. Thompson will continue to sound credible – speak in full sentences and be pillared.


I have some great friends right and left and can find humor in most of this. I think what folks outside the entertainment industry who get fired up over this silliness must keep in mind – this is all fake – it’s a diversion – it keeps you riled and occupied. We’ve followed the gossip train since man began when Eve convinced Adam to bite into devil apple. I have the inside scoop on what she said – “Rob Ford grabbed my ass.”
Posted by Bill King at 7:46 AM