My Brother Deserves an A+ 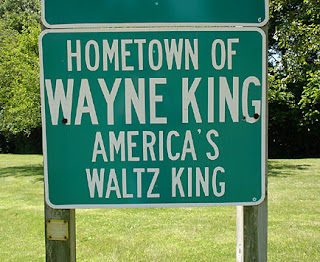 My brother is the funniest person I know. Tonight, he’ll be luxuriating at a casino in Louisville, Kentucky.
Since the both of us got iPads we not only communicate every day - we Face Time each other in the eye. Now, I remember looking at this guy from an adjacent crib when at age two he worked magic on the bedroom wall with his epic study in brown. Today, as photographer Henri Cartier Bresson says, as we age we get the face we deserve. We look at each other and ask WTF, do we really deserve this?


Every guy should have a brother. Brothers are solid! I had two sisters one passed away and the other excommunicated not by church but by her own doings. Don’t ever mention her name around brother he’ll dial 911 or threaten to bust a cap in someone’s ass.
Bro read my FB review of the female-sing off on American Idol the other night and asked if I saw the dudes implode last night. Fortunately, I was caught up with the film - Seven Psychopaths – Christopher Walken time! Brother goes on to describe the debacle with a serious tone of desperation in his voice. You see, bro and I have worked with some great singers over our musical lives and this messy wasteland of disposal singers doesn’t play in our world. We were around for Marvin, Otis, Little Anthony, Lloyd Price, Joe Williams, Sam and Dave, Johnny Taylor, excuse me – Jackie Wilson, Little Jimmy Scott, Billy Paul, Pebro Bryson, Luther Vandross, excuse me again, Clarence Carter, Eddie Floyd.. stop me – I’m out of breathless soul! We were even around for a scream ranting Jerry Lee Lewis in Indianapolis.


We are singer friendly. Most jazz guys dismiss singers as evil plants there to shorten lengthy sketch-less soloing. Not us! I love a good horn solo yet a good horn and great singer keeps me from poking my eyes out with a nail clipper. I used to love long solos spread across the band but these days it’s like rote snoring. I would pay someone walk on stage and lay out a fresh twenty and pay them stop one course in. Long boring solos should have died out with the Grateful Dead. It’s as if jazz guys abide by a civil code - I solo, then you, then you, then you, then you, then you, - give the drummer some, maybe. No one asks the audience who politely clap then text these words – “Christ sake – another solo. Kill me!”
Most days, bro and I talk technology. My sibling is up on everything. If we could have started life together now we’d probably be successful techno vipers. We love this shit!


Bro kills on those iPad editing suites. I’m still in gooing stage. I hack along and cut the basics but bro is smooth and instinctive. I love his work.
The reason I’m writing this is for many years we existed in parallel spheres. I never really knew the depth of his talent and he’d probably heard enough of my music nonsense. When someone grieves about the golden years I want to push them in front of a speeding Pachard – these times are far better than envisioned. Something as unique and revolutionary as the iPad has given me a daily connection with that little brat who painted masterpieces from his diaper. Dammit, he’s gotten so much more artistic these days!
Posted by Bill King at 2:12 PM