Life of Pi, Argo or Lincoln? 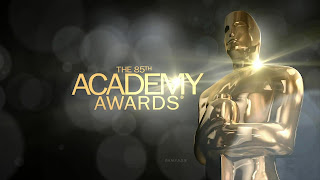 OK – I hid from the Grammys … that was on purpose. I try to avoid eTalk with Ben Mulroney but CTV is the only channel I get downstairs on the flat screen and Ben always seems too squeak in just after the news. Oh, how much do I loathe this show?
I met Mulroney several years back and found him quite affable and pleasant and for trash television this gets an A but that’s where common courtesy ends. You need an extra large green garbage bag and a twist tie to get through. You also need a spew cup and lots of paper towels and cleanser.


I love films and watch many, many, many during the year. This season I made a point of catching as many of the main players possible and must say it’s been a delightful experience.
So tonight, I will be watching. I do so because the academy treats film with such reverence and high regard the show gets my attention. I think Seth MacFarlane will be highly entertaining. What I won’t savor is fifty support cast run on stage at the same time and dry wrestle the microphone then thank those whose names pass quicker than the closing screen credits. And again, thank you Harvey!


I remember Marlon Brando’s snap at the academy – David Letterman’s very funny one shot at hosting – Jack Palance’s one handed push up – the best of Billy Crystal – it was all highly entertaining.
Hollywood has always partnered with social conscience even when investors are polar opposites. It`s a untidy relationship that has worked well for the most part.


Argo will most likely take best picture – I`m still not convinced of its veracity or quality next to `Silver Linings Playbook`- `Lincoln`- `Life of Pi`- Àmour`, Django Unchained, Zero Dark Thirty etc. Ìf its Argo – it’s a win for producer George Clooney – a favourite in this house who I still think got shafted last season with The Descendants` – his best work to date. You have to give it to the handsome man – he sure knows how to charm defeat!
I always dig it when Toronto Sun film critic Jim Slotek drops in on Ted and I at Newstalk1010. This is a rare opportunity to talk film with someone who does this for a living and a disciple who truly knows the medium. We all have opinions not always learned ones so it’s a good high hearing the man`s thoughts and probing on and off air. That`s how us fans play! I`m always curious why people give so much credence to a popular work or level serious criticism on another. I`ve got to know for sure..


Truthfully, I`m a Life of Pi guy. We stole center front seats ten rows up for Imax 3D experience. You can`t get this kind of buzz from Argo. That voracious hyena kept me squirming long enough to make me seriously feel I was the next raw meat buffet setting. I have to give director Ang Lee the big, big up chop – I never envisioned the film being as powerful and possible as Yan Martel`s grand fantasy.
Silver Linings Playbook? I wasn`t sure I’d catch this then I read enough grand reviews I caved. Bradley Cooper had me from the downbeat – then toss in Jennifer Lawrence. Tears were never far away mostly rimming the eyelids. I bought in.


Lincoln was superb and as always Daniel Day Lewis puts the Bo Jackson smack on this hitting farther than any park could contain.
Beasts of the Southern Wild – that was truly a WTF movie. A bath tub is a tough place to reside and all those mosquitoes, crawdads and dying. Great film but not a repeat.

Zero Dark Thirty - enjoyed but it didn't stick - just glad Osama is elswhere. Django Unchained - Tarantino never dissappoints yet this upsets as much as it delights.


Basically, I watch movies like everyone I know .. certain actors never disappoint, the same for high prized directors, yet it’s still all about the story. Blow-up crap like the Expendables will always serve an audience of costume survivalist, which is cool but for me 2012 was a righteous high quality movie season. Tonight, I get to cheer my favourites and thumb down those I have no connection. Dammit – that’s big fun! As for Ben, Joan and Melissa I just bought a large bottle of Pinesol.
Posted by Bill King at 8:04 AM