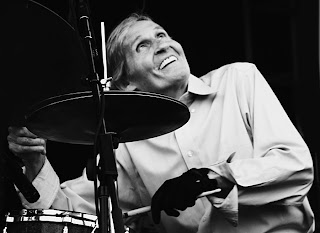 Greenwich Village was a hotbed of sounds and new faces back in 1968. Blood Sweat and Tears was a quartet, Stevie Winwood was seen sporting a fashionable Afghan jacket, Donovan strolled in and out of folk retreats floors coated in saw dust, Jimi Hendrix was rumoured the best village sleepover, the Cream recently blew the roof off the Café A Go Go, Todd Rundgren was holed up at the Café Wha - Neil Diamond the Bitter End – and Miles Davis proclaimed the Electric Flag the best band in the world.


During the golden age rock music had a distinctive voice– no band played or sounded the same.
I was sharing a flat with bassist Stu Woods and pile of current pop and jazz recordings. Eric Mercury was a mainstay, Miles Davis, Chick Corea, Santana and a lot of classic soul.


Every few days I would dig through piles of new releases at a vinyl store up on Eight avenue when I come across this side called ‘Music from Big Pink’. It wasn’t the title that caught my attention but the colorful sketch on cover. Secondly, I liked the song titles. – ‘Tears of Rage’ – written by Bob Dylan and keyboardist Richard Manuel, ‘The Weight’ by Robbie Robertson, ‘Chest Fever’, the classic ‘Long Black Veil’ – Dylan’s, ‘I Shall be Released.’
Talk about a drop the needle experience! Rarely does a recording spin the head as such.


Mountain music was all around us as kids. Those trips through Tennessee and lower Kentucky put us in the heart of twang country. Flatbeds with pickers and fiddlers, Grand Ole Opry, roadside juke boxes, next of kin, conveyed a sound born of sorrow and lifted by the glory of redemption. I loved real church music not the stuff imported from England that made Jesus sound like a stiff contained in a wooden box but those that shined light through tall Georgia pines and instructed heavenly angels carry out their earthly duties governing the blue ridges. The lush countryside scarred by war was a place where neglected bodies lay buried in unmarked graves and arrowheads had a way of puncturing earth hundreds of years after the last kill.
The moment I place the stylus in the first groove Levon Helm’s drums come snapping at the knees. This is loose to the ground rhythm of a hundred raggedy dressed children falling about in some kind of slump dance.  There’s a pulse so laid back it barely register but all of this inside sticking kicks the band in all the right places.


That singing? – Oh that singing! At first I thought it all come from Robbie Robertson and Richard Manuel but on closer inspection I get the message, it’s the drummer. Now, – drummer’s never sing this good or urgent. I knew one, Kent Sprague from Quincy, Illinois a gospel singer these days in Los Angeles. We worked together mid-sixties and he was a positively divine soul master. Later he formed Boone’s Farm. Even then, I watch Kent sing and play and couldn’t put it all together but looked on envious someone could make such a powerful relevant tone while pounding a beautiful groove.
Levon was big southern landscape and it traveled wherever he went. I remember seeing him and Sissy Spacek in Coal Miner’s Daughter. I had no idea what his acting chops would be but did he ever nail the part. Levon was ever particle of earth he was delivered from.


When we first arrived in Canada we lived in shared eight room accommodation on Hallam Street with Ronnie Hawkin’s pianist Scott Cushnie, bassist Rick Birkett – guitarist Freddy Keeler and drummer Frank Defelice would always be around. They were putting together a band that played The Band – ‘Jericho.’ It seemed like Jericho rehearsed twenty hours a day and did we ever get a heavy dose of those songs. After awhile you wanted to change the playlist yet it offered one a great appreciation for the craftsmanship that went into producing and writing those epic songs.
The Band was experts. Keyboardist Garth Hudson was the resident genius who knew how to take the basic tracks and color to perfection. His keyboard work is up there with the best ever. He comes from a place where originals originate.

The real beauty of Big Pink is the singing – those delicious harmonies that flow past one another – bend and tail away leaving just a scrape of rust and bitterness for all to savor. There is enough mournful coloring in the delivery to bring tears of joy and plenty pain when called upon. Phrasing like this comes from hanging outside Pentecostal Sundays and humming the big jam to yourself. Not all the voices heard separately were tuneful but together they rage with community emotion and immediacy.


Whenever I watch The Last Waltz possibly the best concert documentary ever – Levon is the glue. Not every player is consistent or performance redeeming but Levon is positively masterful. His drumming rides the concert from beginning to end. It’s quirky and from a place of collective history. By the final bar you know you’ve been on a glorious journey few with ever travel. With Levon’s recent passing so goes with him a beat that cracked perfect time and made the planet dance on his own terms.
Posted by Bill King at 11:25 AM