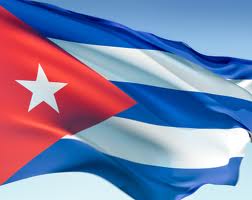 A couple weeks back I had the good fortune to team with fellow photo jockeys for an exhibition of Cuban images at Dundas Square, Toronto. This is in the heart of downtown produced by lens master Stephen Smith.

Smith had been plugging away for weeks organizing and printing. We even took a moment and dropped by Pikto for a most successful afternoon session of printing in the Distillery District.

Smith and a select gang of scribes and accomplices traveled to Havana together in the spring of 2006. The week long affair produced many respectable images and more laughs than guaranteed. Havana is one of those locales no matter which direction you point a camera something interesting gets stored away.

For Kristine and me it was a juggling game bouncing between concert photography and music demands. It all came together on a brilliant September Friday. I could tell from the early morning set-up this was to be a joyous occasion.

Most exhibitions occur in small controlled environments. Outdoors in a tent poses its own limitations. Much to do with hanging objects out of the path of a steady fall breeze.

Fortunately, the day became one of frequent visitors all inspecting every corner of the images. Fellow Cubans tracked neighborhoods pointing at intersections and houses – all too familiar. Others lost themselves in the dancing girls from the Tropicana – still others in the music and landscape.

I’ve attached a recent article describing the day. There’s nothing like sharing a bit of oneself with faces never seen. Most endearing!


http://www.travelindustrytoday.com/index.php?option=com_content&task=view&id=2343&Itemid=28
Posted by Bill King at 10:06 AM