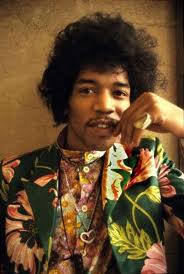 The spring of 1967 we rode the rails from Toronto arriving in Penn Station late afternoon. The trip had been a sobering affair after three months of playing such American landmarks as - Flagstaff, Arizona - Des Moines, Iowa - Minneapolis, Minnesota - Amarillo, Texas and Montreal, Michigan. The band, The Great Western Exhibit was about to face the same issues most impromptu acts encounter after weeks of highs then slow descent into group depression. Three out of four of the members discovered the band absent a heartbeat then bolted abandoning me just after an excruciating set at the Café Wha located at the epicenter of Greenwich Village.

In fact, a photograph of that fifteen-year-old chanteuse from Queens named Barbara Streisand stared back at all comers descending the stairway to the inner sanctum. It was here I would encounter Andre, “ The Singing Street Hustler.”

Andre was privy to everything going on up and down Bleecker and McDougall Streets. He knew the bands, shared the women, accompanied the hangers on and fleeced the hopeful. Andre would drag me through unknown night haunts into uncommon situations.

On one such occasion street cleaners were just finishing a morning sweep through the Village and I’d been up most the night starved of sleep - broke and homeless. From around the corner comes Andre dressed like one of those Carnaby Street window mannequins you’d see in a British Mod clothing storefront. With little else to do I match him stride for stride down McDougall ignoring narcissistic rumination and absorbing local gossip. As we turn on to Bleecker Street Andre suddenly pauses, spots this figure attached to two women moving slowly up the street. “Do you who know who that is?” he asks. I inspect in silence. “That’s Jimi James- I mean Jimi Hendrix now, the next big thing in rock and roll. He’s just finished his first album in London and it’s going to be a monster.” I knew nothing of the man other than he sported two fine looking women one on each arm.

Hendrix was dressed in what appeared to be crushed velvet, ornate military jacket, a loosely knotted scarf around the neck and wind-blown Afro. The girls looked as if they’d survived a vigorous shopping spree, every item seemingly purchased at some upscale Manhattan boutique.

Andre glances back and signals me to hang close while he approaches Hendrix. A few choice words pass between them before he summons me. “Bill, this is the man, the next great rock super star, Jimi Hendrix.” I shake ‘The Man’s’ hand and quickly direct my eyes towards the two attractive vixens then start the slow march up Bleecker. Andre asks Hendrix where he’s headed then invites the both of us along. A few minutes later we end up behind a large round oak table in an upstairs café called the Tin Angel next to the Bitter End nightclub. Andre banters on about the recording and release date - his own aspirations to perform while delivering a few sweet words to one of Hendrix’s entourage when a waitress arrives with scratch pad to book orders. This was my cue to exit. Let’s face it. I couldn’t even afford a cube of butter let alone a cut of bread, so I politely excuse myself.

A few weeks pass and I find myself living in a flat at 533 E. Sixth Street and playing organ nightly in the village at a psychedelic coffee house called the Underground. I was hauling down fifteen to twenty-five dollars a night and paying twenty-five a month in rent. “Are You Experienced” hit the streets in May of 1967 like a speeding asteroid with advance orders approaching a million. Everywhere I gaze Hendrix’s face stares back at me. “Purple Haze” and “Foxy Lady” blare from basement record stores, radio and stereos from street level to tenement roofs. Andre was right, Hendrix would not only quickly impact the Flower and Peace generation but every young rock and roll lover across North America.

A year or so would pass and I find myself back in New York after a stint in California. I land a job with a band called the Chicago Loop which had a regional hit with a song of no consequence. The lead singer, Bob Slawson was a frequent visitor to Steve Paul’s Scene an uptown night spot where anyone who was anyone in the music business hung out - in great contrast to the chic patrons at Max’s Kansas City where Warhol and his gang of art warriors bunked.

After a featured band performed a formulated set the all night jam sessions kicked in. I dropped by a few times and sat in on Hammond B-3 organ - once with the New York Rock and Roll Ensemble - another night with a list of dreaded unknowns.

I happen to slip in one night when the Buddy Miles Express was winding down. Miles was a member of the Electric Flag eventually moving into Hendrix’s Band of Gypsies after drummer Mitch Mitchell’s departure. Miles had Mitchell playing alongside this night adding an extra degree of thunder to an already rampaging band. I waited until the group took a break and slipped in close proximity of the Hammond B-3 organ. Herb Rich, Mile’s organist had first crack at the drawn out jam session leaving me drooling in anticipation. Once Rich departed I began my slide onto the bench when I was abruptly met by Miles - who then shuffled me aside. By this time the front line unit was led by singer guitarist Terry Reid and guitarists Larry Coryell and Ron Wood. I waited patiently as Miles clung to the only two chords he knew before he relented.

With the door of opportunity open I lit up every groove with my best sonic licks. I twisted and bent notes then pumped out the ritual backing patterns all organist learn when playing roots rhythm & blues. With little fanfare a changing of the guard occurs just in back of me. Suddenly, a dangling frilly cuff from what looks to be some Edwardian garment brushes past my face. I quickly spin my head around for a glimpse. As if struck by an errant lightening bolt I do an instant double take. It was “The Man” himself, Jimi Hendrix about to play the same kind of probing bass lines he did on his own recordings. I couldn’t help notice Hendrix holding the bass upside down, strings facing the opposite way. Over the next twenty minutes or so I ride the pulse tossing in a few modal chords just to shift the tonal center. Coryell and Wood try one-upping each other even going as far as tossing in a few lines from Freddy King’s blues anthem, “Hideaway “. For one long exhilarating stretch it’s Larry Coryell, Mitch Mitchell, Hendrix and me deconstructing the blues.

The night ends with a few hand slaps and Buddy Miles offering to hook me up with a rhythm & blues band in San Diego, one he once propelled. For me the night would never end. Even after falling into the dark embrace of sleep I replayed each note and every missed opportunity until dawn intercedes wiping away all evidence I had shimmered during the night of stars.
Posted by Bill King at 4:24 PM