Why Is Jazz losing its appeal? 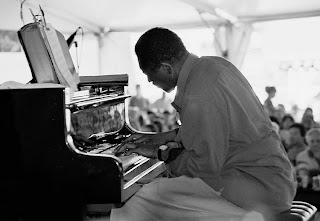 I’ve been reading plenty columns on the topic recently and the upside is negligible - this coming from a devout disciple and lover.


There have been many reasons and suggestions but I still believe the loss of so many marquee musicians who defined the music that also played with great style and who were easily identifiable is the major reason. Technology has played a part but if there were demand it would only enhance.


From this vantage I think the world has moved on. There is so much to like and escape to, being held hostage in a museum is not the place to be.
Great music is birthed on the streets not the classroom. The experience has to be raw and uncomplicated.


Players often wonder why those with less polish and ambition get over – well maybe there’s something beyond the ability to speed run through a bushel of scales and modes. Maybe it’s heart!
I can spin thirty seconds of folk singer Ralph Stanley weep his way through an Appalachian verse and feel more life than a hundred sax solos sprinting at a blinding speed.
I think the same goes for contemporary radio and the current pop coldness. It’s swallowed like chocolate mousse then quickly spoils in the stomach.


There was a time music made me cry. Rarely, do I get a buzz listening to the current crop of jazz musicians. There are plenty great players but a rare few who break skin and penetrate the soul.
I put on some gospel music the other day – big populated choir and the room lit up like the heavens had shined on me. The sensation overwhelmed. My whole body was embraced, coated and electrified by the experience. I closed my eyes and tears flowed. I raised my arms as emotion demanded. I could touch the unseen current as it circled my body.


I’ve done that so many times with Dinah Washington, Keith Jarrett, Aretha, Otis, and so many greats I thought the sensation was lost on me.

We've lost the privilege of  anticipating.

Read a review in Downbeat in 1958 about a young Bill Evans and it would take weeks to find the recording. The hours in between played with imagination. The day it arrived and satisfied the earth shook. Cannonball in New York .. heard through rumor then one day there it is screaming at me in a vinyl bin right next to Porter Wagner. Took the prize home and played until grooves left roasted oil on the turntable. Now we can sample within minutes and move on without feeling or  hearing something in it's entirety.

Until a new crop of players come along and can stick those big sounds and melodies deep in people’s hearts, jazz will be a genre sobered and confined by advanced math far from those who played from the bottom of their feet and out. You got to feel the love!
Posted by Bill King at 6:40 AM