I Am Not a Zoomer! 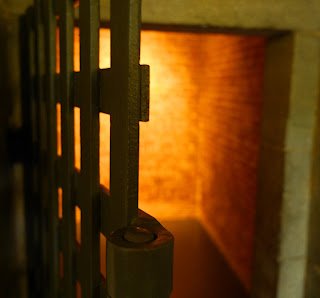 Every time I see a photo of someone considered a card carrying member of this new sect of aging limpoids, I cringe as if aching bodies are being stuffed and polished with unspecified Mosanto preservatives.

Who has teeth at sixty-five that look like those of baby otters?

Zoomers smile as if pain and dry skin are comforting. They ride bicycles through countryside waving at sunflowers and beavers – all with a big crisp grin and mother-nature handshake.

Let’s get the facts straight. If you are past sixty – you are zooming nowhere. You rarely bend down to pick up anything. Instead you ask the youngest person in the room pick up. If that doesn't work – you ignore.

You sleep a dozen positions at night. You rustle about just as back ache or unwanted numbness takes up residency then shift about for relief. You move like the real Jagger just after B12 shot wears off.

These magazine Zoomers take multiple vitamins with soil - only the finest from virgin forests where sweet nocturnal creatures stuff capsules.

You will likely pass a hundred and thirty because Zoomers repel death. If you are authentic zooming you are traveling in a smile bubble protected by  big pharmaceuticals.

You are thin, finely crafted for your age, energetic, have tickets to every film festival showing, opera, fundraiser for typhus, Glee rehearsals, cross country treks, and AGO opening.You drive something that gets ninety-eight miles to a gallon, listen incessantly to Paul Anka hoping for a spiritual message and  you rarely doze without a sleep aide.

Other Zoomers worship you and look on with envy. They see your glow, the new expensive kayak on the front lawn and witness that get up and get going in you that never ceases until last rites.

Let’s face the facts – corporations are chasing us as fast as we can run. Nobody gets away. A rare few oldies have big money - good portion are sect members - Zoomers.

Boomers are diseased. Too many flirted with excess or worked jobs cooking with Agent Orange.

So if you want to hold on to your rebellious teens or contemptuous twenties then – buy some pot from street vendors and freak their asses out! Get back to your roots; brownies, baggies and quarter ounces. Is it still $40?
Posted by Bill King at 2:56 PM