Otis Redding These Arms of Mine 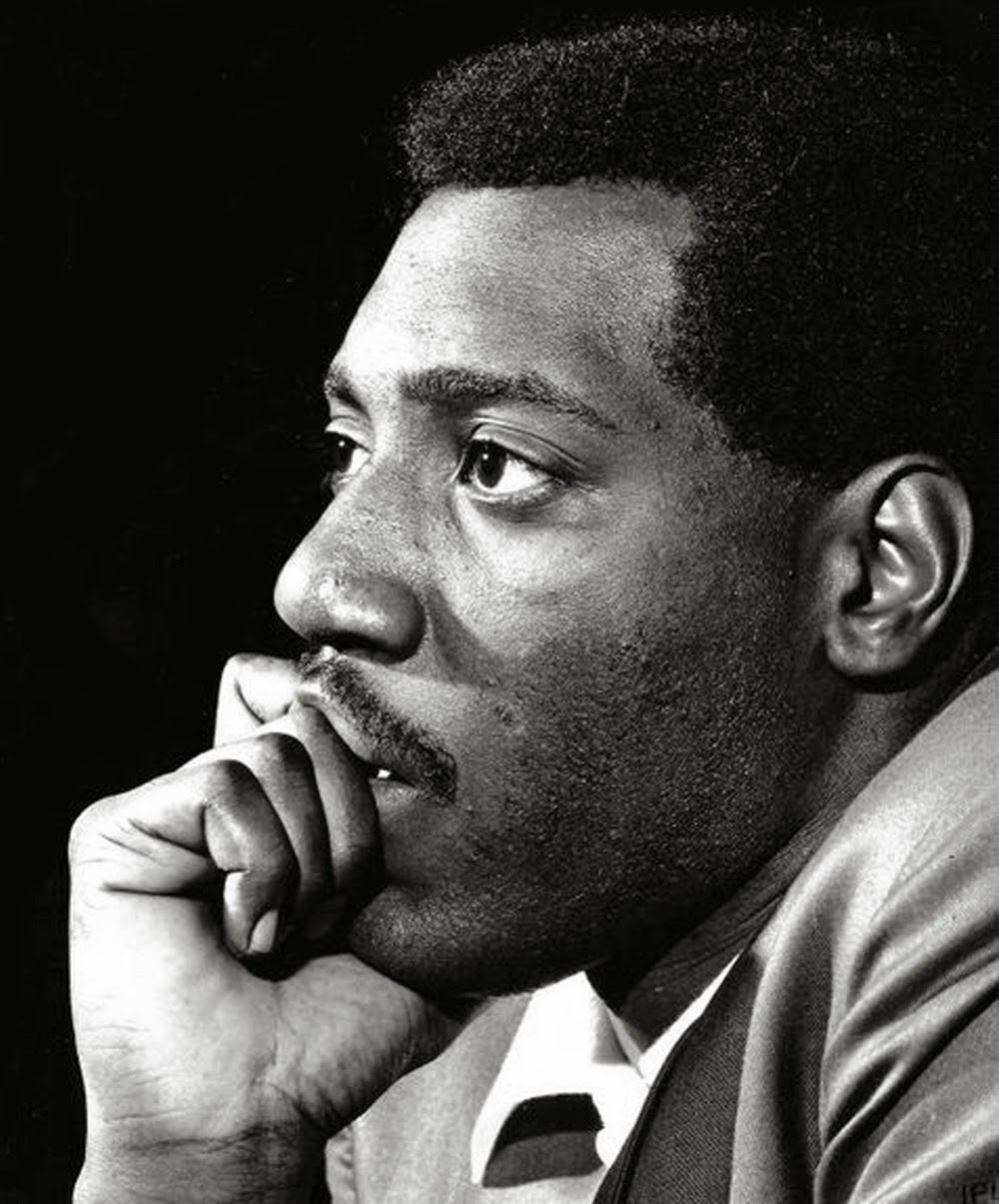 The long drive from Atlanta past fields of sprawling kudzu and fog-shrouded back-ways was the perfect way to decompress after a long night playing on the funk side of town. Radio was the best company a carload of musicians could ask for too free the mind of set lists and missed opportunities with local groupies. No time for a sleep-over or three dollar T- bone steak.


“These arms of mine, they are lonely, lonely and feeling blue. These arms of mine, they are yearning, yearning from wanting you - and if you would let them hold you, oh, how grateful I will be.” The radio spoke.
The crippled station wagon took on road dust and patches of red clay packed beneath a decaying chasse -the windshield; a graveyard for suicidal beetles, palmetto bugs, wasp and grasshoppers.  Sleeping branches of tall Georgia pines hovered above as mockingbirds eye-balled and serenade all night-runners. The next town only 225 miles away would arrive just past noon. The day ahead was scheduled to accommodate a stopover at one of those WLAC kinds of stations – you never remembered the exact call letters. You just knew it was the only one clear signal enough to hear the kind of music you were playing and a DJ would be yelping like he was riding a amphetamine high - the other alternative; a tiresome basement minister with a transmitter and bad case of insomnia preaching to the open spaces and passing cars Jesus’ sacred rules; how to ward off imagined demons.


“Don’t forget tonight at Round Hall – The Mob – big funky rhythm machine from Chicago - $5 off if you bring a date, says the veteran. “Satan will boil you in blood water and dump you in a purgatory cell if you don’t repent and come to the Lord now,” says the lesser known.
"These arms of mine, they are burning, burning from wanting you. These arms of mine, they are wanting, wanting to hold you.” Back with more Otis Redding in a moment, says the DJ – the lone voice in the dark, humid landscape – now a band member.
As the band travels on - there’s no place to relieve oneself other than a roadside pullover and step into bush. Nothing rural sleeps at night except adults and small children – the rest of the landscape is busy hunting down a meal.


It’s now three in the morning and Otis Redding is in repeat cycle. The DJ’s words linger on and on.
“A son of a preacher man born of hard Georgia soil, did you know young Otis ran his bare feet through these woodlands surrounded by copperheads, diamondbacks and coral snakes- spiders the size of small animals. There you have it one solid hour of Dawson, Georgia’s own – Otis Redding, born 1941 right down here where the smokehouse hams it up and bird hounds chase peasant for sport. This is Captain Ray Williams WXBX signing off. We’ll be back on the air in three hours with the farm report.”


How many miles did the sax player riding shotgun watch the white dividing line lead to the last exit? How many miles did the sleep deprived players soak up every busted vowel and mournful plea from Otis Redding? Those lovesick phrases and bent notes stretch as far as the distant horizon.
Otis sang mostly to women and didn’t beg for love; he demanded it. Not that wimpy falsetto stuff bad singers employ today – all girly tones - but in a big bold macho style. “You are now mine, let me take you home, hold you, protect you and make eternal love.” Few knew he was a young father and a serious businessman in transition.


While onstage; women screamed, waved for his attention. Otis would take a bold defensive football stance as if he was about to block the opposition; hold steady, then sing from the bottoms of his feet. The voice was virile, masculine, demanding and magnificent – all Baptist and Pentecostal.
Otis’s dad was a minister – in fact the Redding family were many things.


Otis left home at 15 to support his family working with Little Richard. Richard’s own road show was more holy-roller than mainstream rock and roll. Otis absorbed Richard’s forceful singing. Hard on the top beat and minister to the message.   He knew his style cut through all the soft white boy radio tunes and aroused the bones of those who wanted to lose themselves in dance.
Young Redding worked as a well digger, gas station attendant, played a bit of piano and guitar – whatever it took to take care of the family. Otis’s dad suffered from tuberculosis. In 1958, he ran a string of 15 victorious weeks in a singing contest at the Roxy and Douglas Theaters collecting $5 a clip. He knew then he had star power. He toured the Southern United States playing the Chitlin’ circuit – the only venues a person of color could freely exercise their craft.


There were many bands, sojourns and even a marriage at age 19, to 15 year old Zelma Atwood at “The Teenage Party.” Redding would eventually meet producer Phil Walden and Bobby Smith who would sign him to Confederate Records - the other notable on the label Florida; white soul singer Wayne Cochran. Walden signed on in 1959 to manage Redding’s affairs; later guide the careers of soul singers Al Green and Sam and Dave, and launch the Southern blues/rock unit the Allman Brothers.
In 1962 Atlantic Records Joe Galkin through his connection to Walden sent Redding to a Stax studio in Memphis. Booker T. & the MGs performed on the session that produced two songs – the long forgotten ‘Hey, Hey, Baby,’ which studio chief Jimmy Stewart said sounded too much like Little Richard and “These Arms of Mine,” that would eventually chart and sell over 800,000 copies – Otis first hit recording. Otis and ballads were on the move.


Redding would compress an astonishing career into the next five years before dying in a plane crash. December 10, 1967 in the afternoon, the plane carrying Otis Redding, his valet, and a number of his backing band - the Bar-Kays crashed into the frigid waters of the Squaw Bay area of Lake Monona, just outside of Madison, Wisconsin. Word of his sudden death at 27 came as a severe blow to the music world and his millions of followers.
“Pain in My Heart, Tramp, Sitting on the Dock of the Bay, I Can’t Turn You Loose, Satisfaction, Try A Little Tenderness, I’ve Been Loving You Too Long , Respect, Mr. Pitiful, Fa-Fa-Fa-Fa-Fa (Sad Song), Shake”; all played like an endless loop on prime time radio. Redding’s ‘Dock of the Bay’ record became the first posthumous number one hit on both the Billboard Top 100 and R&B charts.


That road band eventually pulled into the next town, set up and played four sets of Otis, Wilson Pickett, Willie Mitchell, Ike and Tina, some Little Richard, Bobby ‘Blue’ Bland, Lowell Fulsom and the rest – after the gig - most sleeping in the same seats they traveled in. That’s how it was following the hit makers and playing the hits of the makers. If you didn’t write them – you played them six nights a week – twelve months a year. Then it was over.
With trailer packed and all accounted for and another a hundred and eleven miles before Tallahassee, the players fall back into a radio trance; only the drummer mumbling nonsense about some honey left behind he’d marry if time permitted.


The deafening sound of courting cicadas’ causes’ front and back windows roll up tight – speed limit 60 mph.
“Tramp!
What you call me?
Tramp.
You didn't!
You don't wear continental clothes, or Stetson hats.
Well I tell you one dog-gone thing. It makes me feel good to know one thing. I know I'm a lover.
Matter of opinion.
That's all right, Mama was. Papa too. And I'm the only child. Lovin' is all I know to do.
You know what, Otis?
What?
You're country.
That's all right.
You straight from the Georgia woods.”


Can I get a witness?