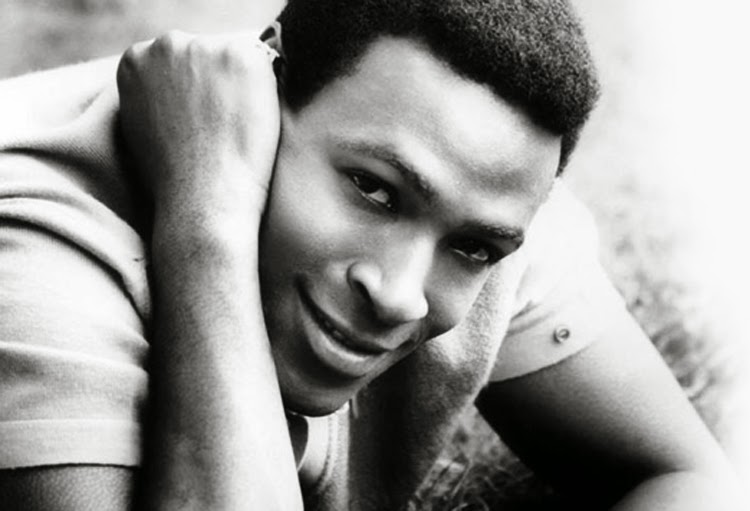 We were returning to the city and driving bumper to bumper on Manhattan’s East River Drive late summer of 1968. There was a chill in the air, yet enough heat inside to comfortably roll windows down and invite the urban rant of car-horns and shouting taxi drivers circulate.

Bassist Stu Wasserman and I backtracked from one of those weeklong gigs playing mostly Sam & Dave, Wilson Pickett and Eddie Floyd upstate New York and were spinning the radio dial for something to arouse the right side of the brain when we come across the sound of tribal tom toms beating a war like pattern. Then a sweet gritty tenor pierces the landscape singing, “Ooh, I bet you're wondering how I knew 'bout you're plans to make me blue with some other guy that you knew before. Between the two of us guys you know I love you more. It took me by surprise I must say, when I found out yesterday. Don't you know that? I Heard it Through the Grapevine!”

That was it! The two of us were gone. I’m beating the dashboard while driving my right foot through the floorboard of the car as if pounding a bass drum as Stu slaps the steering wheel like a high-pitch snare drum. It was one of the most blissful drives of my life and then it was over.

We just happened across a station that had the audacity to play album cuts then fade into the next song without a back sell. That didn’t dissuade us. We did a cross-dial crusade in search of a second miracle. A few minutes pass and there it is again but this time it’s a different cast with a female voice (Gladys Knight). Killing good!

I hadn’t been listening to radio. I was constantly on the move. Greenwich Village was all about the moment, the time of day, not hanging near a radio unless you ran down the usual ten flights of stairs in your tenement building for provisions at a local bodega. The music was Latin based – Willie Colon, Fania All-Stars – sometimes the Vanilla Fudge. It was the road gigs I’d do my catching up.
Stu and I hung in, but since the first cut is usually the deepest, we were dead set on hearing that amiable tenor reprise our first encounter. Then it happened – “I’m listening to you folks – you asked for it. I don’t usually play the same track so soon, but the verdict is in – today’s Marvin’s call. Here it is again, Marvin Gaye and, “I Heard it Through the Grapevine.”

Who didn’t love Marvin Gaye? Women especially did! Marvin was a second husband to many a house wife. While the man was at work Marvin was at the home site; in the bed room, the kitchen – even the front yard, depending on the receptive strength of the transistor radio.

Women would say, “I like the Beatles OK – but they are boys. Sammy Davis – to old. Sinatra – is like being around a bossy father.” Marvin was the one who had an open invite into the bedroom.
Marvin didn’t just sing – he seduced.

Marvin was born into an Old Testament house, strict Pentecostal; the son of a preacher man and a domestic. There were no gray areas only right and wrong or as Marvin would reveal; “It was like living with a king, a very peculiar, changeable, all powerful king, who would administer brutal beatings.” The relationship never improved over a lifetime of father and son battles. To be seen with an approving eye, treated to a kind word of respect or even fatherly affection was something never offered. It would be the fight of Marvin’s life.

Gaye started singing at age three. The church was the central family hub. That’s where the church organ was and those big spiritual voices. Gaye soaked it all in, learning to sing and play the keys.
After time served in the Air Force, Gaye began singing do-wop on street corners with neighborhood groups. This is where he learned to move the vocal parts around and re-harmonize.

Gaye began touring and playing with various road shows when Motown record’s Berry Gordy heard him with the Moonglows and quickly signed him to the label. Gaye soon married Gordy’s sister Anna who died recently at the age 92. Anna was a big part of the family record business.

Gaye first worked as a session drummer for the label playing on Smokey Robinson’s early hits with the Miracles. He struck gold himself with his fourth release for Motown, “Stubborn Kind of Fellow.” That set him on a magnificent pace – 20 major hits over the next ten years with a variety of producers.

When Gaye rendered a performance it was divine. The voice was a fusion of the romantic and sensual. The phrases were delicate, touching and always had the feeling of a light jazz solo.
Gaye devised a rhythm base to every song that gave it a unique foundation. The drums were up front in the mix; always pushing the sidemen along and in tune with the dance movements of the day.
It was the duets with Tammi Terrell that stuck with me; “Aint No Mountain High Enough, Your Precious Love, Ain’t Nothing Like the Real Thing” and “You’re All I Need to Get By,” written by Nicholas Ashford and Valerie Simpson.

I got a good feel for the full potential and depth of these songs while backing the Ray Charle’s Raelets in 1968 at the California Club on Santa Monica Boulevard. The group at that time included Merry Clayton, Clydie King, Gewn Berry and Alex Brown. They were signed to Tangerine Records.
The week long engagement is one I’ll never forget.

I was in the band – Kent & the Kandidates and it was day one; full rehearsal. First up, “Ain’t No Mountain High Enough.” I had heard on radio and remember Marvin Gaye and Tammi Terrell’s searing version but this was about to be something quite different. Four-part harmonies; glorious interplay.

Each pass of the song would bring me chills as the four women invested more trust in us. Then on to, “You’re All I Need to Get By.” The same sensation forced its way up my spine. These were moments all musicians wished were engraved for an eternity.

I left the first rehearsal and quickly purchased Gaye’s version. I needed to brush up on the songs and find the appropriate keyboard voicings. After spending several solitary hours transcribing,  I hit Wallach’s Music City and began purchasing all things Marvin Gaye. Wallach’s had listening stations where you could peel the shrink-rap and lose yourself in a long playing disc.

The gig with the Raelets was sensational. Every night a cast of Hollywood luminaries would take up residence. Every night comedian Red Foxx would take his usual position right side of band along the cushioned wall.

Gaye’s music also had an impact on marriages. Most newlyweds come with differing tastes in music. I was wound up in Miles Davis, Otis and Procul Harum; wife Kristine, Marvin Gaye and more Marvin Gaye. Our home was an aural temple for Marvin. Both night and day, Gaye charmed his way into our lives.

Gaye gained complete control of his music in 1971 with a concept recording What’s Going On; which to this day is recognized as one of the grand milestones in contemporary music.

Gaye self-produced and co-wrote. Motown head Berry Gordy wasn’t buying. Gordy knew hits – those 2:30 minute short plays that get straight to the hook, but nothing as elaborate and uncompromising as this ode to a Vietnam War veteran and told from his point of view. The album touched on relevant themes of the day; hatred, injustice, suffering; things that were eating not only at the heart of the black community but young whites. The long marches in Selma and fight for civil rights may have witnessed a fair amount of attention and action, but the war was grading on the public conscience and demoralizing. Gaye caught the rhythm of the times and need to capture the heartache and dissatisfaction with the war mongers. The song itself was written by Renaldo ‘Obie’ Benson, Al Cleveland and Gaye and influenced by an incident of police brutality witnessed by Benson.

I’ve played What’s Going On in so many formats; jazz trio, passable singers, big band and pop units. Few understand the essence and brilliance of the song. Forty years later the dark textures and ‘70s haze has lifted and the song sails along on its own major to minor momentum.

Gordy resisted releasing. Gaye sidestepped and even got the six minute single version of What’s Going On to radio. It would sell over two million copies.

Gaye’s marriage to Anna Gordy was turbulent and very public; their separation a messy affair. The settlement awarded her a portion of royalties from his future recordings. Marvin countered with a tell all; “Here, My Dear.”

Gaye would eventually file for bankruptcy when a judge ordered him pay his first wife $600,000 in royalty payments as part of a divorce settlement. He then moved to Europe to escape the Internal Revenue Service. Gayle began ingesting greater amounts of cocaine and exhibiting bizarre behaviour during his “Sexual Healing” tour, dressed in bikini underwear and silk robe.

The living days were getting shorter and showdown with his combative father, on the horizon. Gaye had one last commanding performance - an a cappella version of “The Star Spangled Banner” before the 1983 NBA All-Star game, shocked the stadium. To this day it is considered a classic.

Gaye’s life was played out as a battle between right and wrong and his father judge and jury. Gaye was fatally shot twice by Marvin Gaye Sr. April 1, 1984. Evidently, Gaye intervened during an argument between his parents and Gaye Sr. pulled the trigger. Ironically, it was a .38 Smith & Wesson caliber pistol Marvin  Jr. bought his father Christmas Day 1983 to protect the family from intruders that was used.

Gaye was suicidal, depressed and struggled with a host of personal demons. These are the things many a great artist has fought losing battles – the most recent, the extremely gifted actor Phillip Seymour Hoffman.

With Gaye’s departure nearly thirty years ago, his personal demons have been forever vanquished. For us, the music says something completely different. The message of peace, understanding and life between the sheets is reassuring and comforting. Those melodies, dance rhythms, and sweet voice will be heard long after we all exit.