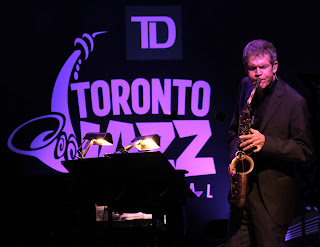 Oh how times have changed.


There were a couple decades when Sanborn, Gadd and James were perceived innovators bridging jazz, pop and rhythm and blues into a most palatable dish.  Sanborn played closer to King Curtis and blue jazz tradition. James has always been more of an underscoring composer – everything sounds like the soundtrack to a 80s television sitcom. Gadd, has played on every serious pop recording of the seventies, eighties and plenty in the nineties.
Tonight it was polite jazz – each solo a gentleman’s hand off. No disagreements or steamy episodes everything neatly tailored and predictable. That’s what greying crossover jazz sounds like. 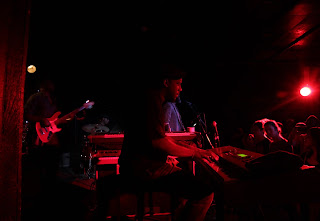 Robert Glasper for his part, played to a younger demographic. Volume was at riot force ten and energy at the breaking point. No soft blows only hard edge keyboard based aggression.
As good as the band was nothing topped Dr. Lonnie Smith’s band the previous night. Dynamics and aggression can make the excitement factor rise and fall in a most redemptive manner. You walk away and remember the moment and feel compelled to share it with others.


Keyboardist Lou Pomanti and I couldn’t wait to review what we heard - the explicit musicianship and control Smith had over the instrument as we recognized each other backstage TD jazz. This is what music that moves does – makes you talk and testify and get specific. With Smith it was all about the three forces in his playing – bass pedals, right hand upper register playing and those counterpoint lines with left hand. So much music in such a small space. 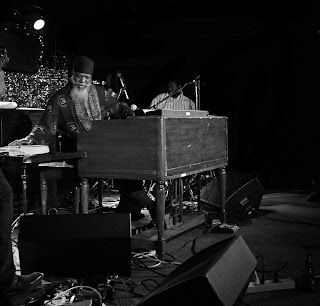 Smith made my night at Horseshoe Tavern. Smith is my main go to guy for Hammond B-3. The organ purrs and growls like a jungle animal - dangerous - at times caressing.

There are exceptional players out there but for my taste Smith is tops.

There is a viper in the cabinet and when it gets loose it distorts, hisses then pierces skin. Oh man, dynamics.. those drawbars push and pull from church to mad funk. My ears were tuned to the house speakers and fixated on his feet. That left foot was in continuous motion the right one - serving up regulated volume and swells. Together they were an insane couple. 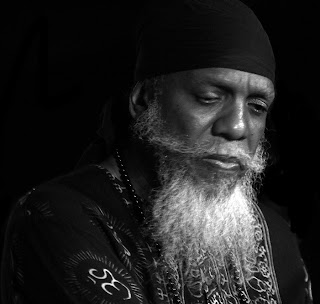 Smith knows when to bleed the organ by implementing a judicious build for every solo. When time comes the organ howls and screams. Check out the fans ringside - it was like they were struck by lightening and pinned against the grease stained walls.