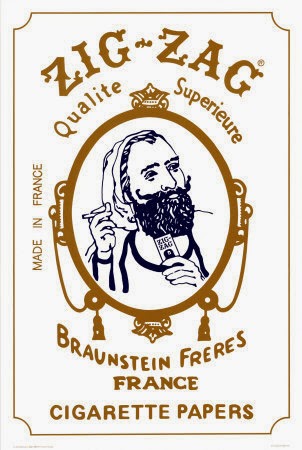 When I escaped Indiana, the only stimulants I’d ever consumed were six-packs of ice cold Dr. Pepper. I witnessed mom down a daily receptacle of coffee, and by late afternoon, observe her teeth clatter like a wind-up toy. To this day, I still haven’t drank a cup or even a spoonful of ‘Java,’ as it was addressed in our house; for fear of attracting the shakes and chipped teeth.

While hustling a living in my early Greenwich Village twenties, someone gave me a joint of pot, which I smuggled into my two-room flat and considered lighting for days. When that day arrived, I discovered I didin’t possess a match or have a need for one; so I went knocking on doors. Later that evening I puffed away guilt; waited for the on-rush of “said” high, and don’t recall doing much more than snoozing.

Then came the army and Sergeant Benadryl, an unstable returning Vietnam veteran. Sergeant Benadryl would buy up as many cases of cough medicine as affordable and have a “Get High” day – the thought of which made me gag-cough. One afternoon he slips me a matchbox containing marijuana. I smuggle it back to my humble digs and share with my New York girl. I think we may have caught what was termed, “a buzz, ”  or likely, a dry chest cough. It wasn’t until I was on military leave and a stop-over in Manhattan I discovered what an authentic ‘BUZZ’ was meant to be.
My old band-mate, Bob Slawson of the Chicago Loop, turned us onto blond Lebanses hashish. We sucked back a few pipefuls then went in search of soul food. I remember walking aimlessly, in full laughter-face, lost amongst swirling urban debris, and begging Bob for directions. Every street sign seemed to point the wrong way, or so it seemed.That very moment , I understood the magnanimity of the word, ‘stoned.”

We laughed, downed collard greens and gorged ourselves on sumpous fried chicken. Early morning, my new bride and me, stood with our thumbs out-stretched trying to hitch a ride across the Triborough Bridge then on to Canada.

New arrivals in Toronto, with dozens of longhair friends, the true meaning of ‘Let’s Get Really Stoned’ made it’s debut. I’m talking an abundance of hashish in every pigment, from Pakistan green, blonde and red Lebanese, Royal Nepalese, Kashmir black, and the prince of all paralysis – Bombay Black; cut with opium.

Bombay Black was so powerful, I could barely lift my arms to drain a frothy Mountain Dew; my body- quenching drink of preference. Honestly, no reasonable Canadian would have been caught dead or alive drinking this sweet sewer rot. This was strictly for young American men with a craving for fizz, sucrose and a healthy body gurgle.

We learned the English way of smoking a joint as taught to us by our new Middle Eastern friends. Tobacco and chips of hashish rolled nicely in ZigZags produced a savory high, one you would memorize and crave for it’s return.

The price was reasonable up against the pot trade; which mostly flowed from Perth County. A quarter ounce ran anywhere from $15-$25. Fair enough! Which brings me to the concert of all concerts; my big night at O’Keefe Centre with comedian Robert Klein.

The gig came courtesy of fellow musician Marabeth Soloman. I got a call from her suggesting I’d be the perfect fit with Klein. She sensed we would hit if off big time.

I headed down to, if memory serves me well to CBC studios, meet and run through the particulars of the sold-out evening concert. 1972 saw the release of Klein’s comedy side, Child of the Fifties.There was a comedy bit about a “F.M. Disc Jockey” he wanted me to noddle a bit on and a blues reference in – “Musical Instruments,” with him on harmonica.

We arrive an hour before curtain’s rising – meet Klein and his lovely wife. He’s in a spirited mood; all anticipation. Without thinking I pull out a joint of the deadly Bombay Black. Klein catches a glimpse and inquires about the high. I explain it’s the best ride I’ve ever had. He then orders me to fire it up. I do so, and the four of us puff away. We’re about ten minutes before showtime and the high is working it’s way through the lungs, brain and getting ready to purge the body of all normality.
Klein and I get togther just before the downbeat and figure out when I should take a seat at the grand piano. He hands me his watch and says, “Wait thirty-five minutes,then come out and take your place.”

I watch from side-stage and observe him roll through his act, then I see his head drop, then silence. I also recognized, I was seriously stoned to the point of palpitating fear.

Klein recoups his senses and lays out another hilarious bit; head drops, again, total silence. The audience is in hysterics. Thirty-five minutes approaches. I clutch the music chart and walk out on stage and take a seat at the piano. Klein doesn’t realize I’ve arrived.

A few minutes pass and I’m getting, “stoner’s paranoia.” I have hair down to my ass, sporting aviator glasses and draped in a tank top – just short of looking like a replicant Muppet. I eye-scan the audience and realize they are inspecting me; maybe even checking my pulse. Scary stuff. So I look directly ahead, scratch my beak, shift around in the seat, check my lungs for wind and try to subdue anxiety. A few more moments pass and I see Klein heading my way – so I start playing FM radio music. He closes in and says , “Not now, not now, I’m really fucked up.” I didn’t know what to do, so I toss the music to the floor. He picks up and hands back and the audience laughs.

More time passes, greater paranoia, and all I could hear was my heart ripping through my shirt. Klein eventually returns and signals me play. We do our two bits and the crowd loves it. It must have been an hour and half show of which on stage, I spent a good hour fighting the psychological misery of a hash stoning.

After the show, Klein comes rushing towards me, “What the fuck did you just do to me? You should have told me how strong this stuff was. Don’t ever do that to me again!” I felt demoralized and defeated,  like a crazed hash-junkie who just poisoned the great Johnny Carson.

A year passes and I get this telephone call. “Hi Bill, it’s Robert Klein, look, I’m coming to Toronto to do a show at the El McCambo – I’m second on a bill with Fireside Theatre – man, you wouldn’t have anymore of the black hashish, would you?”

Wow! What a relief.

Not long after the airplane lands, Robert comes directly by our house. We smoke ourselves silly. Klein cops a chunk and that evening we punch up an amazing show. Beforehand, we sat back stage and Klein quizzed everyone sitting nearby about politics; all things Canadian. He wanted to know more about Trudeau and incorporated the latest political gaffes and laughs in his act.

Another year passes and Klein sees a write-up about me in Billboard Magazine and calls. We talk for awhile and he reminds me of the Bombay Black and one of the most hilarious nights of his life.
It’s been at least forty-years since I’ve seen a hash joint or even heard mention. Those were the hash days my friends!