Reggie Bovaird – From Elmo to Elfish 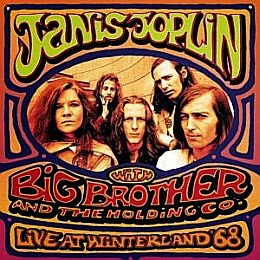 The passing of big Reg came as both a surprise and the feeling some things are inevitable.
Reg and I were long time friends dating back to the Nickelodeon days when I was nearly tossed for wearing a tank top and jeans. Reg interceded and told everyone lay-off – this is Bill King ‘Superdad’ – borrowed from my 1972 Capital Records session, ‘ Goodbye Superdad’ – a fairly simplistic take on the antics of G. Gordon Liddy of Watergate fame. From that encounter our lives were entwined the next few decades.


Reg pulled me in for Frank Zappa hang at Nickelodeon – George Duke on hand – the Dylan drop by. He’d payphone call and say, “ Get your ass down here, it’s big.”
When Reg jumped to the Elmo the next three years were a blur of music, pot and hilarity.


Reg would come down to the band's dressing room before performance and remind us it was stage time, pull out a joint and prep the band. There were a couple posts bound by dry wall with holes in them where we’d deposit the roaches. Every band did this. A decade later while playing with my reggae band we ripped apart in a moment of desperation and a pile coming flowing out like a river of shit. We rolled and smoked and nothing happen only lung burn.
I got into to hanging at Reg’s hippie pad directly across from the Elmo. Reg had original San Francisco posters of the Airplane, Janis Joplin, Quicksilver Messenger Service – the history of a generation reviving Haight Asbury. He was a collector and custodian of the times.


Reg survived selling pot. He was the music man’s broker. We all dropped by get high and listened to great sides – talked shit and slithered along Spadina sucking up Vietnamese cuisine. Reg was my listening post. Anytime I recorded a side or two, I’d head over to Reg's, inhale and we’d review listen. He’d state his mind. All good.
By 1976, I was on my way to California missing the insanity around the Rolling Stones. I knew this must have been the big pay day for the club. I had no idea how this event would radically change the club.


One of my last gigs in 70’s was playing downstairs below Buddy Guy. Reg dropped by the keyboards and told me Buddy  wanted to meet the bass player. I had no idea who he was talking about. A set passes and Reg is back – Buddy wants to meet the bass player. I tell Reg – do you see one on stage. This was when I was rigged up with a small Korg two octave syth on top of my clavinet C. Eventually, Guy and band come down with Reg and walk over, ‘Who’s the motherfucker on bass?” I raise my hand – “Are you shitting me – that’s your bass?” I explained to him about the syth and he says – ‘that shit come up through the floor and up through my feet – you one bad dude.” Reg looked at me and said – I told you.
Those encounters weren’t uncommon around Reg. He made everyone a member of the team beloved and comfortable. I never saw him fight only resolve a crisis.


Eventually, we lost track of each other when he hibernated somewhere in the jungles of Costa Rica. I had no idea at the time he was fucking himself up.
One day he returns and calls. He temporarily moved in with his brother then on to a small room in an old nun’s quarters in High Park.

I visit and cop some weed and listen to more music. Reg was set up like he liked it – a bed, a couple young girls, bag of weed and whatever and now Elfish.


Where the hell did that come from?
This was one of those fabricated long convoluted stories about Elvis being on a boat and falling in the ocean and returns as Reg the Elfish. Reg even had a papier-mâché headdress made for the show with bat cape.


By now folks are starting to question my man’s sanity. The telephone conversations got longer and more bizarre, coming at all hours.
Reg had three large garbage bags nearby busting at the seams. I asked – 'why don’t you throw your trash out' of which he responded, 'those are my losing lotto slips. I keep them to remind me how much coin I’ve dropped down the drain.'


Not long after, Reg showed me his poetry which was shaping up nicely, in fact, he'd call most nights and update. He wanted me to record background music. That I did and he eventually got his recording out and began performing. Yet, through all the positives the late night calls were becoming more incoherent and intolerable at times. We were now getting into the, ‘I need help zone. ‘
Friends and acquaintances offered help and advice but without solid intervention and willingness, the train wouldn't stop until derailed. That happened with his first bout of cancer.


When Reg’s death was announced the other day it came as an awakening too all – the good times as we knew then were gone. The sound of the Elmo pinball machine, Reg’s long curly ponytail, the oversized man with a big heart and laugh was silenced.
When you look back on people’s lives even the most troubled it truly is the times they were the big spirit in the room and covered the surface with love and kindness we always remember. I don’t count that Elfish nonsense as part of the real story. It’s what happened between sets at the Elmo – it’s Mingus, Ramsey Lewis, Sonny Rollins, Grover Washington Jr.,U2, The Police, Elvis Costello, The Ramones, Stevie Ray Vaughan, Jimi Hendrix, Downchild Blues Band, Roomful of Blues – need I say even Peter Allen. How about National Lampoon with Gilda Radner, Bill Murray, John Belushi. Everyone one of the folks was graced with Reg’s attention, kindness and goodness. So be it!
Posted by Bill King at 11:00 AM