Your Hair is too Long.. 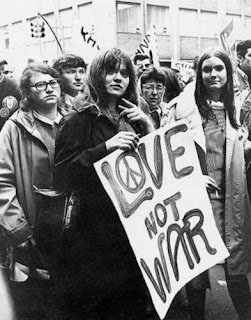 I was weighing the implications of overt racism and discrimination that seems to constantly infect the political landscape of America and had a flashback to a time when white kids got a serious taste of what it was like to be spat upon and denied service at restaurants – unusual restrictions and constant police harassment. I know it seems like a surreal memory yet it really happened.


White folks were manipulated into choosing sides. Longhairs vs. Hard hats!
I graduated the summer of 1964 and starting letting my hair grow. This was an affront to my neighbors and family. A few inches over the ears a bit down the neck. You wouldn’t think in a contemporary world a few centimeters carried so much meaning and provocation but it did.


Television played a major role in stoking the flames. Lucille Ball mocked those with a few days growth – vice president Spiro Agnew stamped us the enemy and subversive – church leaders condemned. Life got unreasonably complicated. You were a draft dodger, radical, possibly a hippie. Whatever the case you were punched, spat on, denied your rights and aggressively confronted by those who viewed you as troublemakers.
I accompanied my mother to a grocery where a woman walked up to her and said ‘You should be embarrassed to be seen in public with him – he’s a Beatle.”


Mom nearly hid between the lettuce and garlic. She kept telling me to get the head cut.
A week later I’m climbing aboard a bus and a woman comes up and spits on me and tells me I should feel deep shame.


The next few years the battering and harsh words never retreated. There were fights, cursing, close calls and police searches. There was even a punch out in an elevator in Indianapolis.
I don’t care where you traveled in Middle America someone was waiting too lay a beating on you. All of this over a few inches of additional hair.

By the late seventies those who administered the beatings started wearing beards and long hair and crooning country music – as if nothing happened. Those Southern rebels started selling drugs, driving like fools, drinking like skid row rummies and stole our hard fought costumes. Prior to our influence they wore pastels and embroidered smocks courtesy Porter Wagner and Conway Twitty.


We wore denim; we had miles of hitchhiking dust in our boots, hair down to our ass and more rebel in our bones than these aggregators.
I had many black friends mostly musicians and let me be very frank – this shit made you bond. Forget the institutional hate perpetrated by the right especially garbage like Senator Jesse Helms of North Carolina. The field was level for us young men. Get along - get a bus ticket to France or face lock-up!


Those turned out to be great years. We traveled and roomed together – black and white. We learned from one another – we visited families – dined and laughed harder and louder than being at a Chris Rock show. We covered and defended each other. We watched endless hours of Ali whip ass together – Roberto Duran crush skulls- listen to Ray Charles and the Raelets. Through it all we beat the assholes who threw up one barrier after another then we got complacent and allowed the greed of the eighties and despair of the nineties and the theft barons of the new century once again unearth the hateful dead.
I remember what it was liked to be profiled. I remember what it was like to be threatened – kicked and punched for nothing more than being me.


We should all pause and listen to the ground we walk on and realize unless we take a firm stand now we’ll always be played for fools.
Posted by Bill King at 8:29 PM