Baseball is all about stats, the Blue Jays and first true day of spring! 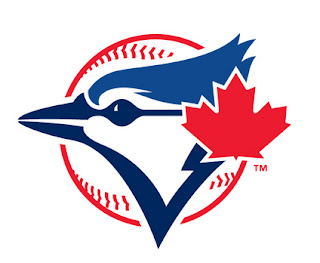 I have played thousands more asphalt games of basketball than gathering field dirt scraping grounders on a ball diamond but that’s not to say my love affair with the two is conflicted.


I love baseball for its stillness, the quick reflex and crushing sound of the ball connecting with hardwood – or metal these days. Let’s not forget the arresting fragrance of an oiled glove – the way it receives the hand – the lace that binds the fingers together – the substance it takes to soften and the way it sweats when cooked by unrelenting heat.
Baseball is about standing in place for three or four hours under blazing sun, the quick sprint, the play, the misplay, then falling back in place - sweat-soaked  T shirt - nights prowling fresh cut grass – the dash through a low mist of steamed heat -  tracing the audio crack of the bat and the ball crashing earth just out of glove reach.  The frustration and the euphoria!


My bat and glove ranked bedside as if they were trophies on guard for game. When word of play got around the neighborhood and enough boys respond you knew the next few hours would be spent with real the God – the man – Almighty Baseball. Time to cut Zeus loose!
Fielding nine players would delight yet anything from five on would suffice.


For those who play it’s hard to express baseball feelings in words. For those who collect stats – there is probably no greater thrill. Either way there’s nothing like it. My wife used to say –“ Its like watching paint dry.” I would respond – “Once dried you can hang something beautiful on it.”
Baseball is all about numbers – collecting, re-reading day to day – batting averages, wins, losses, 3-5, 0-4, home runs, doubles, singles, on base percentage, walks, strike-outs, rbi’s and on.


This spring training was particularly frustrating in that newspapers carried no in depth stats and the modern app assisted world was also void of information. Tap stat – blankty blank!
So with today being the first day of our beloved Blue Jays return to prominence I shall rejoice and savor yet another season of soul wrenching, morning elating back page stats.

The Blue Jays have given us some impressive numbers over the years. A recording setting 10 home runs in a game against Boston September 1987, top three hitters in American league back to back in 1993 – John Olerud .363, Paul Molitor .332 and Roberto Alomar .326. George Bell’s three home runs opening day against Kansas City in 1988. Monster home run seasons from Jose Bautista, George Bell and Carlos Delgado.  Cy Young Award winners with Pat Hentgen, Roger Clemons and Roy Halladay and now R.A. Dickey.


This is a team built for stats! The line-up top to bottom will lock my eyes to the numbers columns. With Reyes, Encarnacion, Bautista, Lind, Lawrie, Calbrera, Arencibia and Ramus capable of clearing right, left and centerfield fences the fun should be much the same as watching a final stretch of a prized horse race.
The mound is stacked tall with Buehrle, Johnson, Morrow, Dickey, Happ, Santos, Janssen.
The days of watching talented Shawn Green escape to the Dodgers – Carlos Delgado to the Mets leaving behind the self- destructing and personality impaled Jose Canseco and far overpaid underachieving Vernon Wells are over.


As much as I loved the Joe Carter, Alomar, Devon White era the World Series wins – I truly loved the Barfield, Upshaw, Moseby, Stieb and Clancy days under Bobby Cox.  This was the old Exhibition Stadium – the worst facility ever condemned a baseball venue.
My wife Kris and I would bike down and just hang outside the ticket booths and listen to games on the loud speakers then speed around to try and catch a glance through the fence netting. You could hear the screams of fans and knew when Moseby connected – that sound - that roar of approval – the big joy – the big love for our Blue jays! If we stayed long enough we’d catch the many beaming faces all dressed in pale blue come cheering from side gates. Baseball is about the long run – the full season – the daily grind – much like life in general. The fun is in getting there!