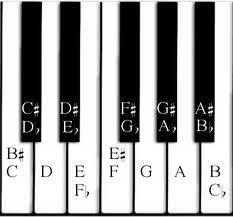 Recently, I encountered an interesting discussion on the Internet concerning the quality of performance pianos in venues such as night-clubs. This has always been a contentious issue for suffering pianists. One interloper suggested replacing acoustic with electronic - inviting a maelstrom of acerbic responses nearly drowning the debate in puerile squabbling. Unlike woodwind, brass, string or percussionist- a pianist has little say in selecting a preferred instrument for concert situations. Electronic keyboards are 'Get By' solutions more suited for causal gigs or pop related work. No digital entity can assume the stature of warm-vocally resonant wood, companion felt and metal. Below are a few of my memorable hits and misses.

First year of high school, I’d surreptitiously enter the gymnasium and climb the dimly lit stage and seat myself behind a baby rosewood grand piano then carefully raise the lid and place it high on the longest peg and begin humbly tapping out a few choice notes while checking the hall for spies. On second pass, I subconsciously close my eyes and encourage the hands to search and discover and discard-leaving me awash in a room reverberating with harmonious intent. I couldn’t have felt more fulfilled or joyous. I dreamt of the moment when I’d be accorded the opportunity to play in front of people. A year later it came.

My first gig was not on anything as rare and satisfying as a Steinway but a sleepy Chickering stuffed back of an American Legion Hall in Jeffersonville, Indiana. Judging from the numerous cigarette burns, the poor instrument looked as if it had been tortured into confessing crimes never committed. While lifting the piano lid, I couldn’t help but notice the keyboard scowl back at me with some thirty odd missing teeth. The remaining ivories - covered in ash and spent beer displayed a curious mix of yellow and brown stains. Nearby, a barmaid watches as I examine the neglected relict, closes in and speaks, “Roy plays that piano beautifully. Do you know Hello Dolly? What about Beer Barrel Polka?” Confused and shy, I continue examining the ill-equipped instrument when she interrupts again. “Why don’t you go ahead and start Mr. Piano Player.” This I do.

The first tune that comes to mind is a light jazz version of “Sometimes I’m Happy.” I spread my lead sheet along a fractured wood support and commence playing. As I begin hammering out the first series of chords a nightmarish synthesis of scraping metal and overlapping tones pierce the smoke-hazed beer hall like the dissonant cry of a brooding river-boat calliope - stunting my effort. “Keep on playing boy,” a voice from behind the noxious veil of smoke commands. Again I search for something musical only to be derailed by the dismembered Chickering. Defeated, I rise, close the lid and tell the barmaid I think the piano had been kinder to Roy. “Honey, you can go home,” she says, “Roy comes in about this time every night. He just loves that old piano.” So he should!

In 1976, during a month long tour of Japan with the Pointer Sisters I was introduced to concert grands - mostly imagined, rarely touched. Nine foot Yamahas and Steinways, two or three waits before each concert. One hall presented a Steinway inscribed with the phrase, ‘This Is a Beauty’, Arthur Rubinstein. Also etched on the sound-board the name Van Cliburn. All I could think of was how magnificent Chopin and Tchaikovsky must have sounded when these immortals concertized. Needless to say, those were some of my most inspired evenings. Everything I played behind 'The Sisters' was affected positively by the exceptional pianos I was accorded. Rarely have I had the same relationship with electronics.

I’ve always admired the original Fender Rhodes - the dreamlike quality of its tone. One summer night in 1982, I lost myself composing on a superb Fender Rhodes in an apartment at the Sunset Marquis Hotel in Hollywood. A comforting night- breeze sifted through the partially collapsed window blinds prompting me to search deeper for abstract harmonic sequences when a voice interrupts from the wilderness, “Shut the fuck up or I’ll kill you.” As violently as the order arrives, I was uncertain the directive was meant for me. Cautiously, I inspect the narrow pathway intervening the two buildings and spot a menacing figure - barely visible, lurking below a security light. The bald plated being sights me then screams, “You hear me…I’ll kill you if you keep it up asshole” I was too mortified to reply. Next morning I would learn the threatening skinhead was none other than the bass player of the vile punk band the Plasmatics, the antithesis of everything music meant to me.

No greater thrill could match the times I played on Glenn Gould’s grand piano in the foyer of Roy Tompson Hall. From one end of the instrument to the other the piano resonated as if the Gods had ordained it nature’s virile sound board. Notes sounded broad and confident - intervals, clear and precise. I’d spread all ten fingers and think like a composer and play as an orchestra. This was the perfect situation for making solo piano recordings.

In the early nineties I was invited to play the Pilot Tavern’s tenth anniversary party. Word came chanteuse Holly Cole was showing, maybe even Buddy Bolden.

Vocalist Liberty Silver and I were hired to play a couple sets - me behind a supposed refurbished and resurrected Mason & Reich - a piano of equable repute.

As I enter the Pilot I witness the lovely grand posing with its spectacular sheen - top fully extended - waiting to comply. The room was buzzing with music people. I raise the keyboard lid and play a brief figure - mid-piano upward then retire out of view. Everything sounded in order.

Minutes pass before Liberty and I take the stage. I call an up tempo selection with walking bass and count the tune in. As we sprint from the downbeat my left hand abruptly hits an unexplained succession of pot-holes nearly amputating my fingers. In desperation I descend a register to find the same indiscriminate pattern.

Third time through the tune comes ‘Solo Time’. I signal the right hand, ‘Flail Away’ leaving the left hand to crash about and gather splinters. I can't express the grief, the embarrassment and torment simmering inside. "Baby, I thought you said this guy could play? He sounds like your cousin Ernie, the one missing four fingers on his favored hand."

The song abruptly ends. Liberty looks over and inquires, “Oh! Bill, that bad? Should we try something else?” We make a second attempt at a medium-tempo number to no avail. With no other alternative, I rise - clutch the microphone, apologize to the crowd and explain that the manager had lured me here offering a wonderfully refurbished baby grand for a companion. I then lead them through the crime scene.

"Here’s where B below middle C usually resides. Wait a minute where’s the missing G? Oh lookie here, E and D are mute too. Let's see what else is absent down there. A, G, and F! Well, well....I haven't tested anything surpassing C above middle C. Hmmmmmmm!Count with me; One, two, three, four, five pot-holes! It's my guess this piano was refurbished by a hit and run driver!"

Needless to say, I refuse to feed embarrassment so I stalk the tie-dyed hippie manager who rarely acknowledged musicians when the room was less than full for an explanation. Hell, the place was at capacity! The next thirty minutes he avoids me like I was walking Ebola virus. "Look, I'll be with you when I get a moment. When's your next set?" he says. Now the hurt spreads to Liberty who isn't someone to short side. Eventually, the club grudgingly paid up but never offered an apology. I wondered who invented the myth the wooden piece of landfill had been groomed to perfection once again. I can only assume the manager actually believed a can of Pledge applied to a handsome cabinet was all that was needed to carry the night. My, she was a beauty!

A good decade and a half has passed since that encounter. The years in between have been kind to keyboardist with advances in technology. I resolved the live gig issue once I bought one of the PF series Yamaha digital pianos. Never once did the piano let me down during the six years of constant play. These days it’s the Roland FP-7 that serves me well. I can haul to a gig or play in the house. Sound and touch exceed my expectations.

Much of the studio work I do these days revolves around my productions at Inception Sound Studio in Toronto. Studio One sports a refurbished nine foot Steinway that brings to mind those glorious ECM piano works with Keith Jarrett. It’s one of those rare pianos that respond to the players touch in such a way it seems to inspire an unconscious reverential hook-up between soul, mind and seasoned wood. Singers Sophie Milman, June Garber, Jessica Lalonde, Real Divas, Sophie Berkal-Sarbit, Kinga Victoria, Josephine Biundo have all benefited significantly from the crafted piece of soulfulness.

There are even more advances in technology on the horizon. Some are already here – some still in the planning stages. I’ve been reviewing a few and have played a couple. Rather than expound at the moment I think I’ll wait and see if any really send my fellow keyboard magicians into a testimonial rant.

I guess I can now admit having a solid digital at my command has been a positive benefit. The old ruptured Petrof in the basement looks good but sounds dreadful. Occasionally, I'll play a few scales or spot a couple pages of Czerny for technique but the cost of up keep far exceeds the pay-off. For now, having a piano that feels solid and sounds real and is always in tune is a delicious pleasure
Posted by Bill King at 8:24 AM