I Am Fire Dog 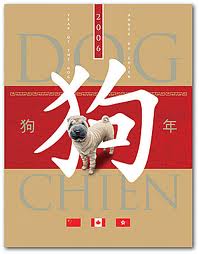 I’ve been reminded my birth took place during the Year of the Dog – 1946 and in some way that minor event underscores my love for this sometimes misrepresented devoted companion. I realize body structure and habits separate those two small free loaders sprinting between the bedroom and front door from me. Yet, I find it hard to relate to them as animals. I prefer most trustworthy friends. It just makes more sense. Besides, I have this compulsion to engage every passing dog in conversation as if they have a clue what’s on my mind.

My affection for dogs stems from my first encounter with the Disney melodrama the ‘Lady is a Tramp.’ My tiny brain could easily relate to things small and close to the ground – that’s where I spent much of the day. Now, what wide-eyed nine-year old wouldn’t fall for a love story between a Cocker Spaniel and Scottish Terrier?

And then there was ‘Lassie’- this ‘always on duty’ rough collie and his soul mate Timmy. Every kid in the neighborhood wanted a dog like ‘Lassie’ even if there wasn’t much ‘sleepy rural town’ crime busting to done.

Not long after the films and television shows began to stir imagination dad brings home a mix breed from the dumps of Colgate Palmolive Company – the plant he stood guard a good thirty years. The part Beagle – part undetectable Bowser was quickly given the name ‘Corky.’ I have no clue why - other than it sounded like the kind of heroic dog that would stand guard over’ Lady’ and run as a eager pack member with ‘Old Yeller’.

Corky didn’t live much longer than a month.It was discovered he was riddled with cancer much to do with the nasty substances brewing on home turf - the Colgate dumpsite. They were the type of airborne toxins that chemically removed paint from employee’s cars in the company parking lot.

The loss of Corky played like the final seen in ‘Old Yeller’ – Dog goes down kid gets wounded. Oh my – how that hurt! I barely knew the dog yet I burdened him with my boyhood grievances. He was a great listener and seemed to understand. I think.

No other dogs were accorded top billing in my life until I was introduced to another mix breed pup in Greenwich Village. It must have been 1967 and someone brought this black and white with a spot of brown pup to me looking to bribe it a home.

I’m living on the fly and have little time to spend with the little fellow but work out a compromise with my roommate who spent most days attending Hunter College.

It didn’t take Spirit long to adapt to our two room flat. Every item became a massive chew toy. Shoes, paper, television, radio, cabinets, clothes, nearly everything I held dear was shredded. One day I pulled Spirit aside -looked deep in those vacant eyes and reminded him – Corky died for his sins.

I had no idea at the time how dogs were viewed around the world. To realize there were cultures that killed dogs over antiquated religious doctrine would have shocked and still to this day baffles me. In fact, try waving down a taxi in Toronto with two small dogs. I can’t count the times I’ve been waved off or refused due to some cultural mistrust of dogs. This is Canada not some far off desert community where some kind of orthodox voodoo is practiced against dogs.

A lifetime interacting with my own species has given me plenty insight into people's motives and actions – the good and bad. Life becomes fairly predictable. Yet, there is nothing more predictable than the dog hovering nearby.

The eyes are totally void of hate, envy, greed or most devious behavior. Nothing pleases my two joy pals more than comforting family or receiving the same in return.

Both Yorkie blended terriers assume I really enjoy hitting the living room floor at 9:PM just when I'm settling in for a movie - for a good forty minutes of ‘lob the squeak toy’. I think they believe I lay awake at night dreaming of the moment when the toy lands nearby - a sticky, soiled mess of goo and I grip and let fly and the pleasure it brings me. I think what amuses me most is the speed at which four tiny feet pick up momentum and the metronomic sway of synchronized fur fluttering about during the race for the object of affection.

The toy usually returns with an empathic drop and pause. It’s at this moment all planetary movement halts. This is when the dog’s eyes refuses to camouflage that spiritual passage leading directly to its soul. The pupils stand as wide as telescopes and suck you in. Is this the cosmic Black Hole scientists refer too?

How does a dog sense a person is undergoing heartaches – sorrow, depression, loss, perceived failure or physical pain? This is where I begin to see dogs as something scared – the Good Samaritan that gives of them until the adult mercenaries arrive. The hallowed nurse that never turns a blind eye to suffering – the assuring doctor that tends to patients needs even when the odds of restoration seem impossible.

There have been plenty loving souls enter my conscience long after ‘Spirit’ was stolen along with my portable Farfisa organ from that New York flat. There was an oversized herding dog - a Puli mixed with steroids and sheep dog fur named Barney we purchased through the Bargain Hunter in the early seventies. He came with a guarantee. I don’t actually remember what he didn’t do that made him so desirable or assured.

Barney lived to shock pedestrians. Just as someone would pass he’d turn and run towards their backside and cough up a baritone sounding riff like he was channeling demons from the underworld. It was loud and ferocious. If the person nearly collapsed in fear he’d perk up and parade the other direction. This was a difficult habit to break. His other call to duty was during those intimate passion filled nights. Barney would jump to the edge of the bed and howl until every person in the neighborhood was notified. At first it was a hilarious interlude then it became an annoyance. It wasn’t until we moved to a farm in New Castle he found better things to do.

Then there was Happy, a gorgeous high strung Belgian sheepdog who spent a great portion of her life in retreat. She made her family entrance when she was six months old. There wasn’t a bad gene if her body. She was all sweetness and motherly. She became an instant pup factory. It seems every six months another pile of carbon copy Happys’ would mysteriously arrive. We couldn’t give them away fast enough.

Happy was a digger. She would bore beneath anything. The land below our front porch became a massive chamber of tunnels leading to places unknown. She saved her greatest work for me down in Georgia.

I’d been collecting Rolling Stone Magazines since day one during the mid-sixties and the boxes of collectables traveled with us wherever the miles piled up. This time we settled in a suburb outside Atlanta called Marietta. The property came with a tool shed something I had little use for other than shaving grass or winding garden hose. One steamy afternoon I happen to notice a crack in the door and spring open. There before me is a giant pile of dirt and mud mixed with demolished pages of political cartoons, Hunter Thompson and Tim Cahill articles, Aerosmith reviews and Grateful Dead photos – courtesy Rolling Stone. Underneath it all was the gazing eyes of the family neurotic. At first I thought the world had collapsed around me then I began to understand. This crazy dog wanted to mother all humanity. How could one even entertain punishing her or even try to reason.

Jason was a six week old Springer spaniel who entered life as a comic. He didn’t really tell jokes - he just brought the laughter through body movement. There would always be a worn sox caught up under a lip. The more I’d laugh Jason would wiggle and prance about. You could twist him in any position and use as a pillow. We’d travel the subways and buses together without need of a leash. He’d attend most recording sessions with me and chew on a microphone filter the entire time savoring every fiber. I’d dress him in shorts and cap and send him to roam the neighborhood. He never once complained. We were inseparable.

Happy lived to be fifteen and Jason was shot and killed by a farmer who accused him of rousting his chickens and ducks.

After that we made do with two cats the next twenty-two years. I do love cats but cats aren’t dogs. When the two felines passed away - both in or around twenty years old I set my mind on getting a dog. I never thought of getting two – but as I’m writing that’s the way things turned out.

Samson and Suzie run the house. They do all the things dogs do. They stand for hours scratching, sleep with bellies exposed - demand a doorman be on call twenty-four hours a day. They both whine and compete for the occasional bike ride with me. They sleep either on my head or nearby. They follow us room to room waiting for action. They hang around the kitchen coaxing me to pop the fridge door. They have memorized the words chicken and ham. They are on speaking terms with the crafty squirrels out back even if they are profanity laced exchanges.

As I look at these two constants I’m truly awed by their compassion and kindness towards humans – I can’t speak for most living things beyond the fence. To know it’s been some fifteen thousand years since their ancestors were first domesticated in China brings a bit of clarity. I guess I have the Chinese to thank for this and for calculating and inscribing 1946 the Year of the Dog.
Posted by Bill King at 7:37 AM