That Glorious Night in Gloryland! 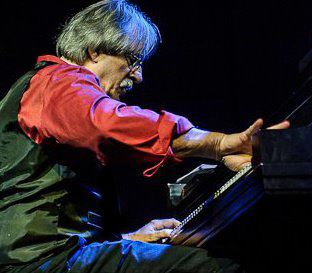 
There are days we walk in complete daylight basking in the glow of possibilities then others blindly searching for solutions to problems either invented or given.
When I began working through Gloryland I knew there was a sleeping vision focused on the far horizon. There were notes scattered in the brain needing assembling. There was also a narrative waiting to be invented – then spoken. That would happen when the soft caressing voice of Liza Paul delivered the opening phrase- “Early on the soundtrack to my life came from the 1,500 miles of mountain range called Appalachia,” – this following Jay Douglas’s spine tingling vocalizing of ‘Savannah Rising.’ You always hear people say words have consequences – hopefully in this court of judgment the verdict favors the sweetness and bitterness of life in this hundred year extended family journey. That history is written through observation, whispers, gossip, embellishment, full blown characters, first hand encounters and vivid imagination.


How many times I have reread Tennessee Williams, Hemingway, and Gabriel Garcia Marquez in wonderment - sentences that cut through the pages fully realized and picturesque. No word out of place or without consequence.
When I was asked by Everton Paul and Jay Douglas to let them produce a night around the solo piano work in Gloryland I hadn’t thought about a narrative. I was so high from the invitation and kind gesture it was only the next morning when I sat down behind the piano a story began to emerge.


We sometimes take for granted the power of each individual note choosing to impose a cluster of scales knowing they make the hands feel comfortable and warm and most times ignore the singular power of one note facing another from opposing corners. I’ve learned a lot from the process. Twelve notes full of color and strength allowed to walk a deliberate pace can punch through the atmosphere - penetrate living skin and settle inside the marrow of the living soul.
When Jay and Everton told me Jackie Richardson wanted to be part of the occasion my heart pounded a dancing beat. Then imagination soared. I knew then there was an open canvas – time to paint in broad strokes and big bursting color.


Stacey and I have been grinding it out since she left Sheraton College. It was her graduation video posted on YouTube that so intrigued singing Tom Waits. I knew then and there she had more spirit, talent and joy in her than many countries.
Gillian on the other hand was a blissful accident. George Randolph of the Randolph Academy for the Performing Arts employed me to document in video a fifteen minute school performance interspersed with other dance studios at the Fleck Theatre. It didn’t seem to be a competition but more an exhibition of the depth of talent in participating organizations.


The last performance of the Randolph showcase appeared from total darkness with only the sound of piano hinting there was more in the darkness than melody. As light began to inhabit the stage Gillian emerge from the shadows. What came next was beyond words – or maybe two – Sleeping - Beauty.


We all have friends – some a great distance away - others within range. Then there are your art friends – the ones who never stop talking and sharing new gizmo's – ideas and vision. Film maker Stephen Smith has been just that person in my life. Stephen dreams and encourages – listens and shares. Those are rare qualities in today’s social media universe a real living breathing saint.
Always on top of the mountain – the person who has to listened to the continuous clatter of mostly responsible playing – not so harmonious singing and the sometimes invasive invitation –“ Would you listen to this – the umpteenth time.” That would be my lovely Kris.


I`ve have known Liza since she was a zygote. I have photographed her and sister Anna since childhood. This sister act roars.
Recently, I caught her in her own play – `Pomme is French for Apple`. She dazzled and shocked! It was not only the boldness of words but her sweet delivery that reigned in my head. Needless to say – I heard her telling the story of Gloryland and that she would do brilliantly.


The rehearsal!
OK.. Jackie and Jay in the same room – my sound outfitted basement or the war room – where no battles are fought but victors usually emerge.


As soon as they opened up on 'And the Earth Shook that Day`.. chills zinged through everything thing in the room including four thousand Cd's with Ester, Sarah, Etta, Ella, Billie, Otis, and Teddy - all present.
Jackie messed with Jay until his only protection - uncontrollable laughter fought back. This was heaven in a cloistered basement as only a music Zeus could envision.


Jackie is like no other. She is every grand moment in time – a wealth of experience and knowledge – a calming presence and mythical apparition - one that resides over the planet like the Goddess ambassador of goodwill, good intention and kindness.
Jay is the summation of soul music – Otis in the morning and Lloyd Price when the shades go down and pure goodness at both extremes with deep passion at the core.


Everton Paul (The Carpenter/Apostle) – the magic man who graces  family and friends like a beacon of light from a far away star.- all goodness and purpose - built the time purposeful set and managed the business like a champ.
Then there is son Jesse who walks, talks and dines on music like it`s the last meal of his life. To have a son like Jesse in your daily life is like having a joyful, curious, artful, loving sentry posted at your front door by God.


The Afternoon before the big night..
I start my Saturday with a pick-up from `Grumps`Woloshyn and gut wrenching laughter.

`Grumps' has been very, very good to me leading up to the big night always speaking lovingly about the occasion and giving  out the wrong address. We usually start the show bouncing a range of celebrity, sports and cultural newsworthy topics off each other. When I say bounce – I mostly mean opening salvos. Ted knows by now I`m a loose AK 47 and I know he`s battleship red. Hilarity prevails. Well, I had no intention of relaxing at home and leaving my pal T – alone with show producer Dan Jacobs so I appeared for three hours of the four hour call at Newstalk1010. I needed that. Ted is big fun, big life and a constant source of humor and amazement.


The big 50Th celebrate Bill night.
Well not really – kind of a coincidence the occasion marked fifty years since I joined the American Federation of Musicians at age fifteen. That bold move was more for a way to grab attention and hopefully get folks in seats to experience Gloryland. Look, I`m not nostalgic – looking back at fifty years leaves me feeling a bit strange. I live in this moment and those up ahead. I crave tomorrow!


To believe I was as relaxed as I appeared on stage is a fallacy. I`m an emotional bundle of disconnected wires that bounce about striking pavement and water - desperately in need of repair. I hear all – see all and am fully concentrated yet a worry man. Once I began the overture and Jay slipped into `Savannah Rising` I knew I had no choice but to march on.
The night was magic – supreme beauty. I`m playing and watching - already looking ahead. I hear the marriage between the narrative and the music – the set – the dance and future.


Backstage production manager Mark Smith kept everyone informed and feeling they were the most important person on this night. Mark is a pro and another of that rare breed of human beings whose passion for art and living supersedes all else – a truly giving - gifted kind person.

Who paid for this? Well, let's be frank big help came from arts lover and shaker Gary Slaight - Slaight Music. Gary and I have been making sweet music the past twenty years starting with Liberty Silver "Live in Session!" and up to now tonight! Oh yes - there were more expenses... Gary's right hand man Derrick Ross championed our night giving it the kiss of life.

There was a beautifully tuned and reconditioned nine foot Steinway there for battle. Steve Jackson Pianos came to the rescue and delivered the gorgeous instrument for my undeniable aural appetite.


Today – I`ve revised Gloryland and added a final song - `Dance, My Daughter`.. one that I believe is the key ingredient in pacing. I need violinist Anne Lindsay to share this moment with me and also join in on `The River`s Edge`.. I say that because she gives me goose bumps when we play together and hope she reads this.